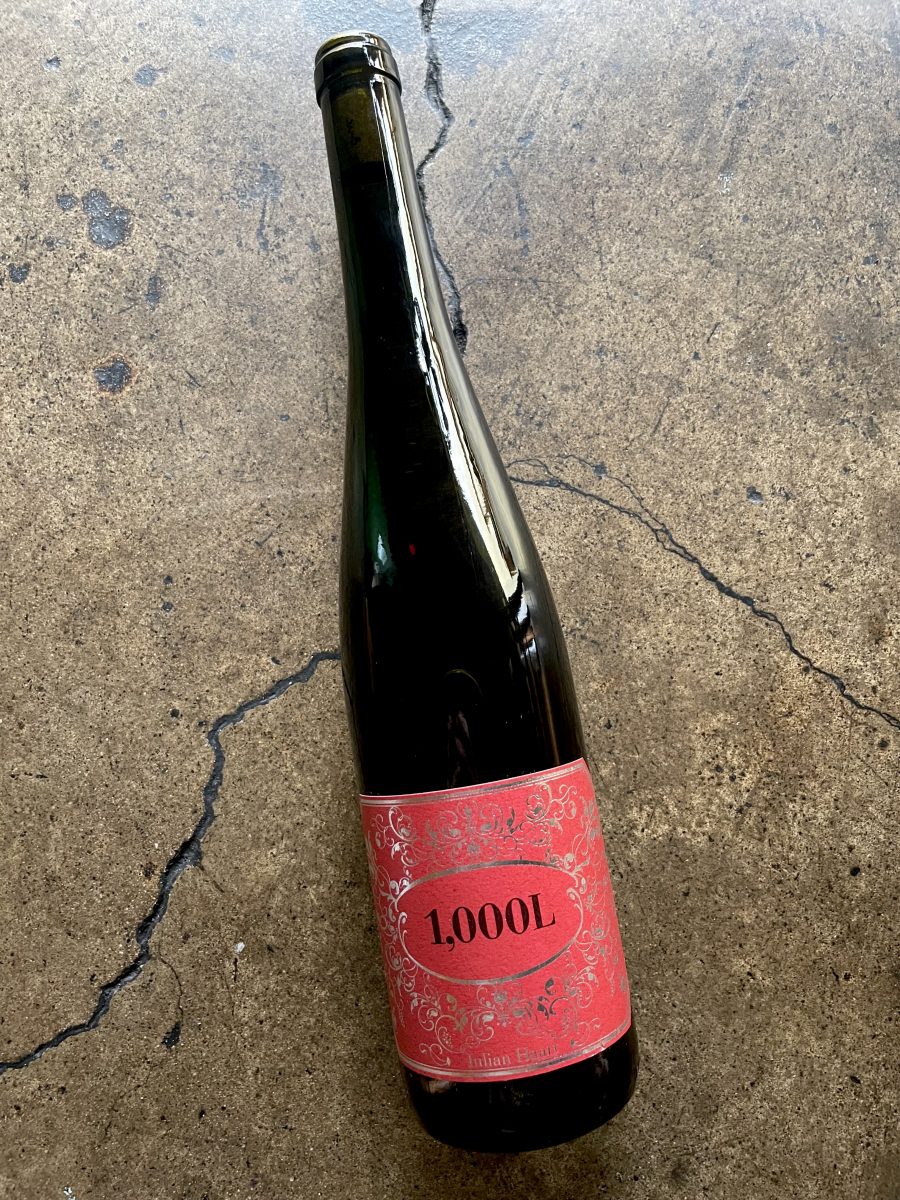 Julian’s first vintage under his own label was in 2010 and people immediately took notice. Although none of the wine was released in the U.S., David Schildknecht, writing for Parker’s Wine Advocate at the time, penned the following: “Not many wine careers can have started off on a more superlative level than Haart’s, yet from my several conversations with him I am convinced that his perfectionism goes hand in hand with rigorous self-criticism that should preclude success going to his head.”

For the record, since vintage 2010 the wines have only gotten better, and while few cases are released in the U.S. every year, Julian is earning a pretty serious following. And it hasn’t gone to his head – he’s still as cool as shit.

Julian’s first vineyard buy was an awesome parcel, top center, in the grand cru site Ohligsberg, just downstream from the Goldtröpfchen (see below). The following year (2011), Haart expanded the estate with two grand cru sites, the Goldtröpfchen and Schubertslay. The Goldtröpfchen parcel includes terraces established in the early 20th century and the Schuberstlay, one of the smallest single-vineyards in all of the Mosel with only about one hectare under vine, flaunts ungrafted vines around 100 years old. This is serious terroir. So serious, in fact, that as of vintage 2018 Julian has handed the Schubertslay vineyard over to one of his best friends, this guy Klaus Peter Keller (ya heard of him?). This will be Keller’s first Mosel wine, which is a huge deal. In return, with vintage 2018, Julian will make a small amount of wine from Keller’s Frauenberg vineyard in the Rheinhessen.

It’s worth noting that I have met few more serious winemakers. Even though Julian has made more than a few jaw-dropping wines, most of his tastings end with him telling you what he would have done differently, where he thinks he failed, how he could have done better. Schildknecht’s phrase about “rigorous self-criticism” begins to feel like a bit of an understatement.

The estate has grown to a little more than four hectares and this is, roughly, where Julian wants it to stay. Part of the joy of winemaking, for Julian, is doing everything, just he and his wife Nadine, and maybe some friends. This is vineyard work, and winemaking, at the most human scale. Nearly everything must be done by hand – most of the vineyards are steep as hell and most of them are terraced. Even walking through them is a bit hazardous.

As with Lauer, it makes sense to speak of the “terroir wines” and the “Prädikat wines” as two distinct categories. The terroir wines are those that ferment naturally, finding their own balance that is nearly always dry tasting, though the wines might have a lil’ more sugar than would allow them to be legally called “Trocken,” or dry. In this grouping of wines we begin with the “1000L.” This wine is made from Fuder(s) of Julian’s wines that he doesn’t think are good enough for any of the above classifications. Thus I buy the entire Fuder (the traditional 1,000 liter barrel of the Mosel) and call the wine “1000L.” From here we progress up the Burgundian ladder, from “Moselle” (appellation level), “Piesporter” or “Wintricher” (village-level) up to the grand cru, single-vineyard bottlings “Goldtröpfchen” and “Ohligsberg.”

The Prädikat wines are labelled simply enough, from Kabinett up to Auslesen (rarely seen), always designated by the vineyard.

The overall style is clearly a type of Mosel-hommage to Keller. The wines showcase a glossy, super-pure fruit that shrieks across the palate with a pushing, sharply delineated acidity. Pulverized slate, polished to a fine dust, coats everything.

These are Moselle wines of consequence, well worth the perhaps difficult time you’ll have actually trying to find a bottle.

This is legally Trocken in 2020 and sourced from 25-year-old vines in the Grand Cru Goldtröpfchen vineyard. The “1,000L” is so-named because it is a wine that was, originally, a chosen Fuder – a 1,000L barrel. The entire barrel was bought, and that was that. The wines is always brisk, tense with high-toned citrus, good minerality.