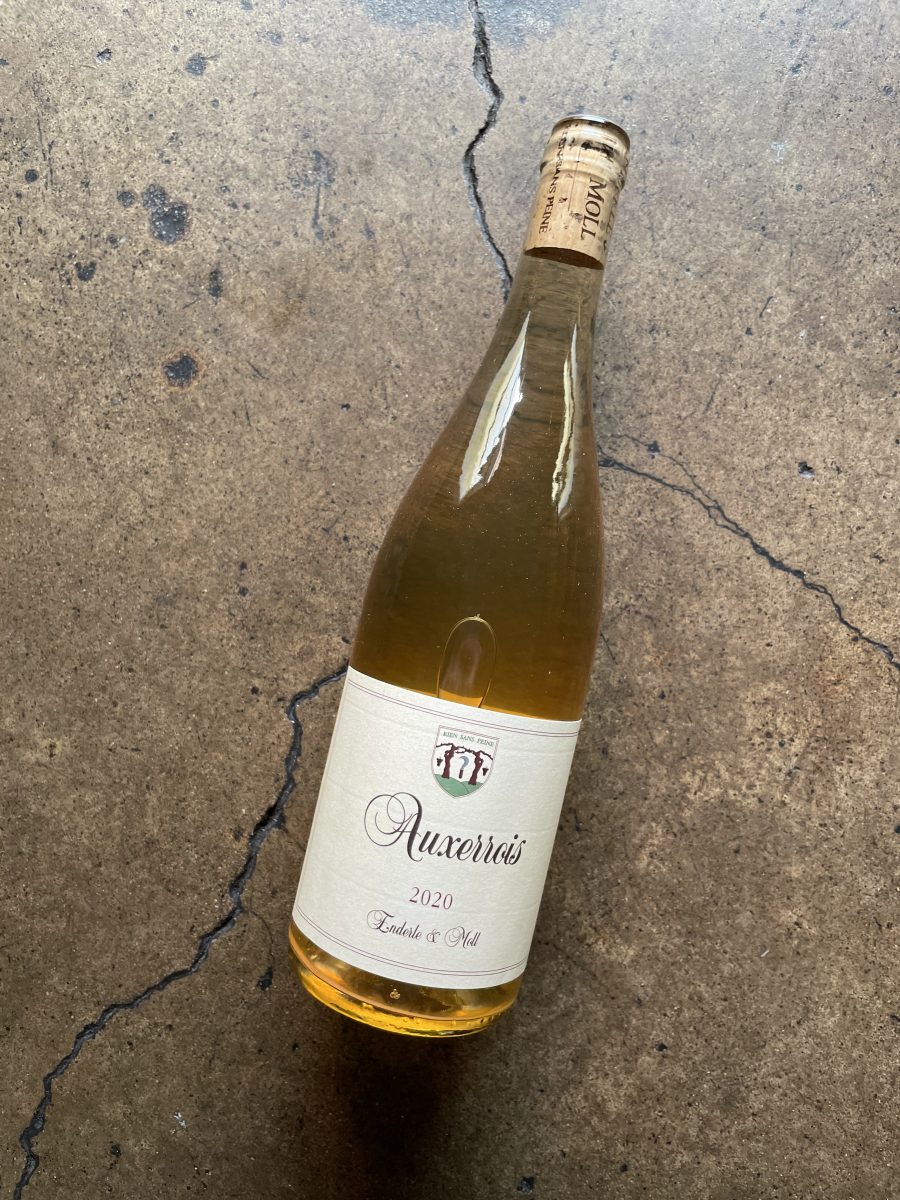 From a tiny .3ha parcel of 25 year old vines, the 2020 Auxerrois sees 3 days of maceration on the skins, then is softly pressed into neutral barrel with 25% of the skins added back in. It matures for 10 months on the lees and skins before a super-light filtration and a tiny amount of sulfur added exclusively at bottling.