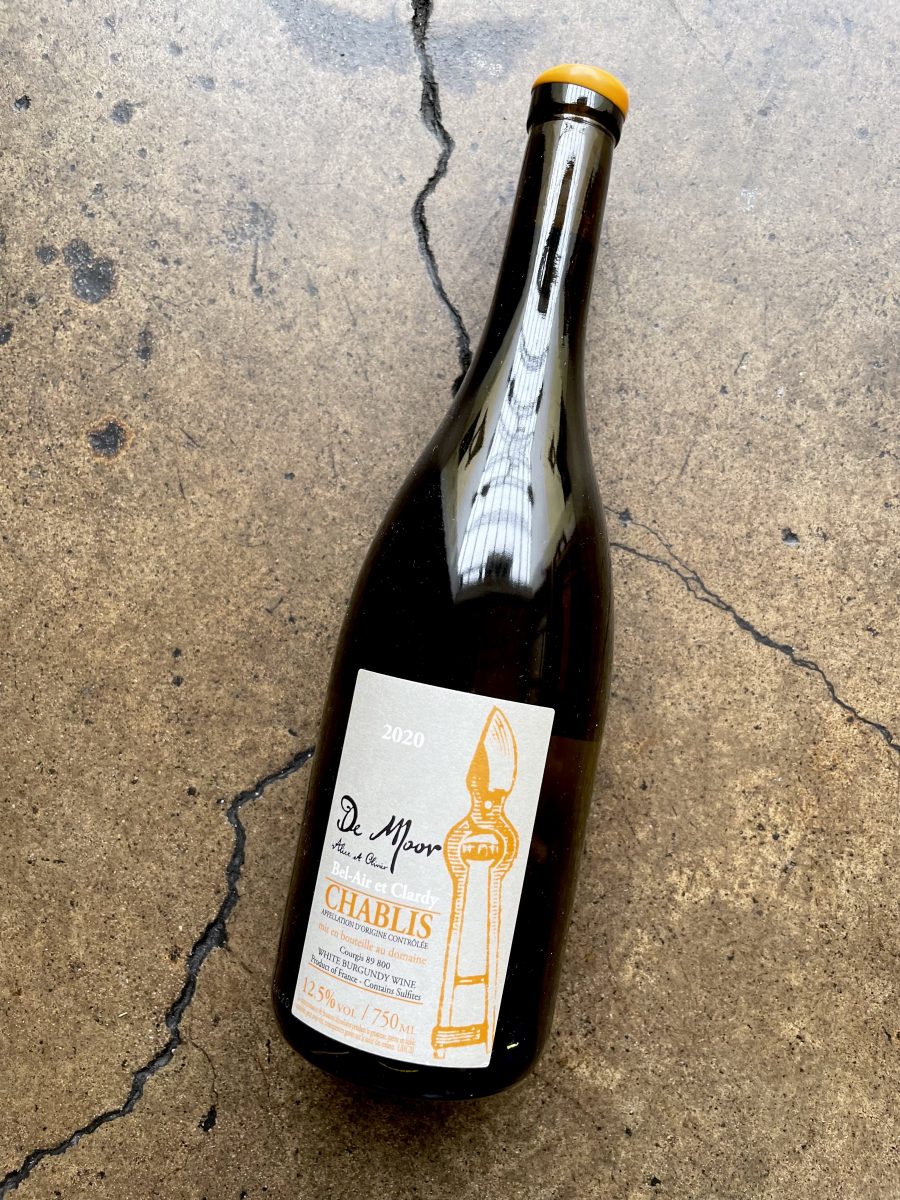 Vinification Notes: This wine comes from two parcels, Bel-Air and Clardy. Through years of experimentation the De Moor came to realize highly complement each other when blended. They are only 300 meters from each other but show very different expressions. Both planted in 1993, Bel-Air is planted is rocky Portlandian limestone while Clardy is planted in vines that almost immediately hit limestone.

Each parcel is vinified individually. Long alcoholic and malolactic fermentation in 228l barrels. Aged a year or more on the lees without racking or cold stabilization. The wine is normally bottled without filtration but may go through a light, non sterile one if deemed necessary.