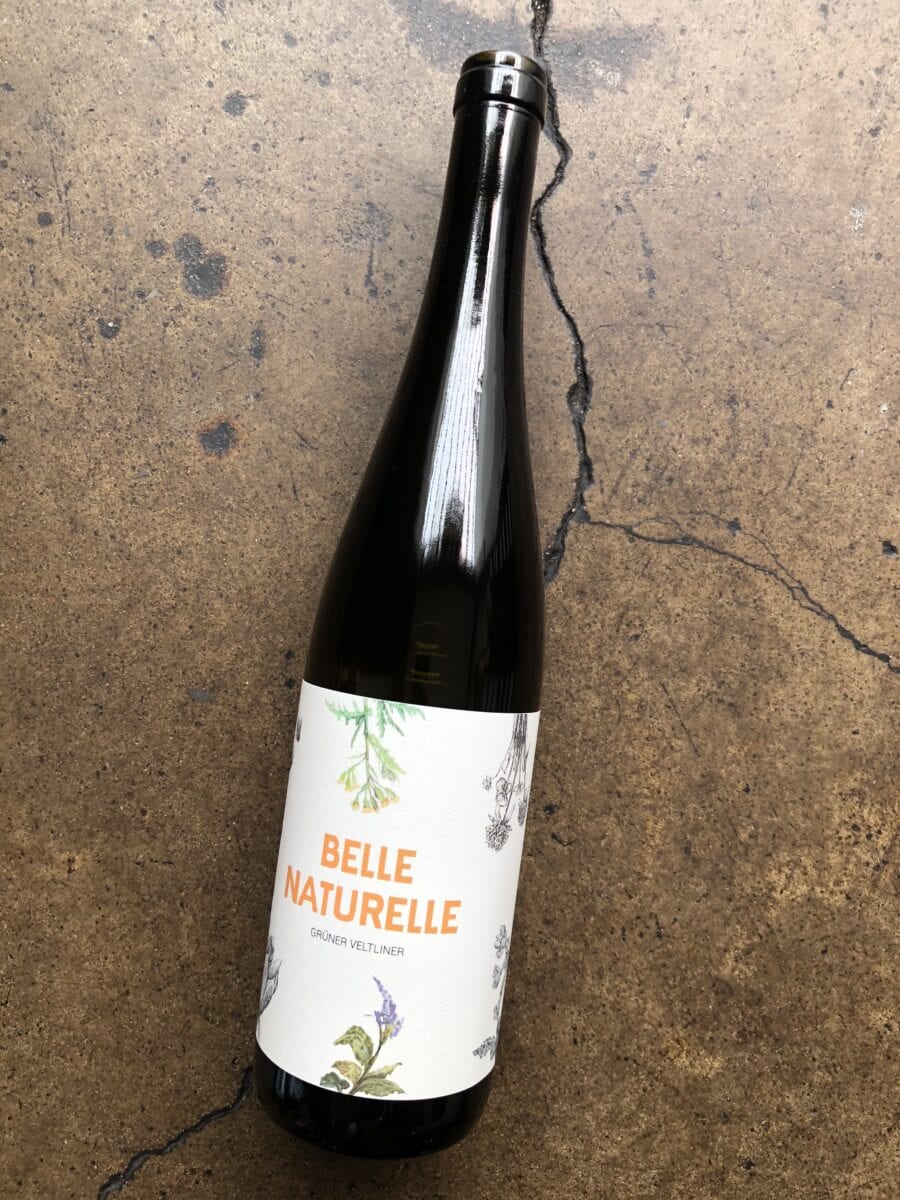 Belle Naturelle – a wine in its birthday suit. Unadorned, unfined, unfiltered – whole grapes fermented on the skins in neutral oak barrels for 2 weeks.