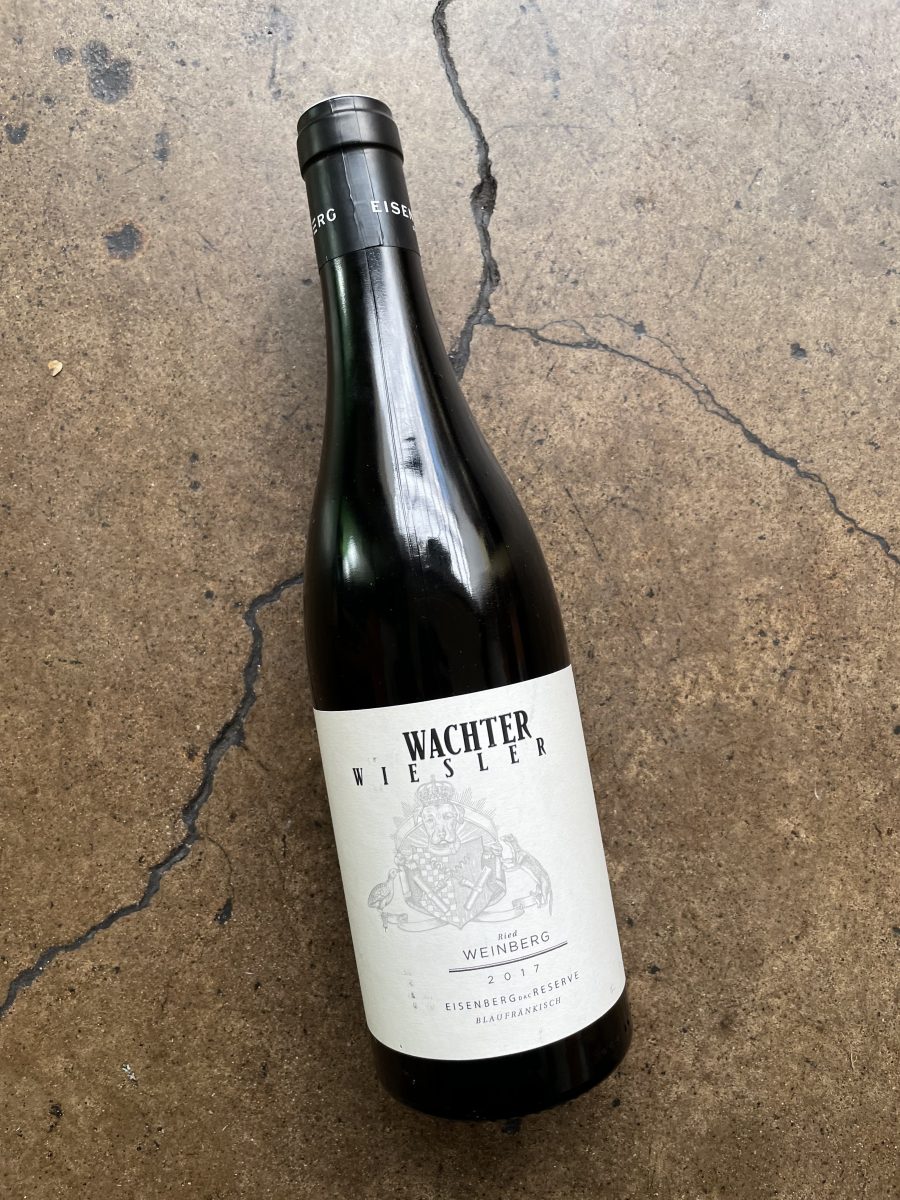 Out of a total of the 30 hectares in this vineyard, Wachter-Wiesler farms five, at an elevation ranging from 250-300m above sea-level. With iron-rich clay, the soil characteristics here are quite similar to the the base of the Eisenberg hill. The single-vineyard Weinberg comes from the heart of the vineyard and is a selection of the oldest vines, which average fifty years-old. Wachter made a single 2,300 liter barrel of this wine laden with raspberry fruit and minerals.