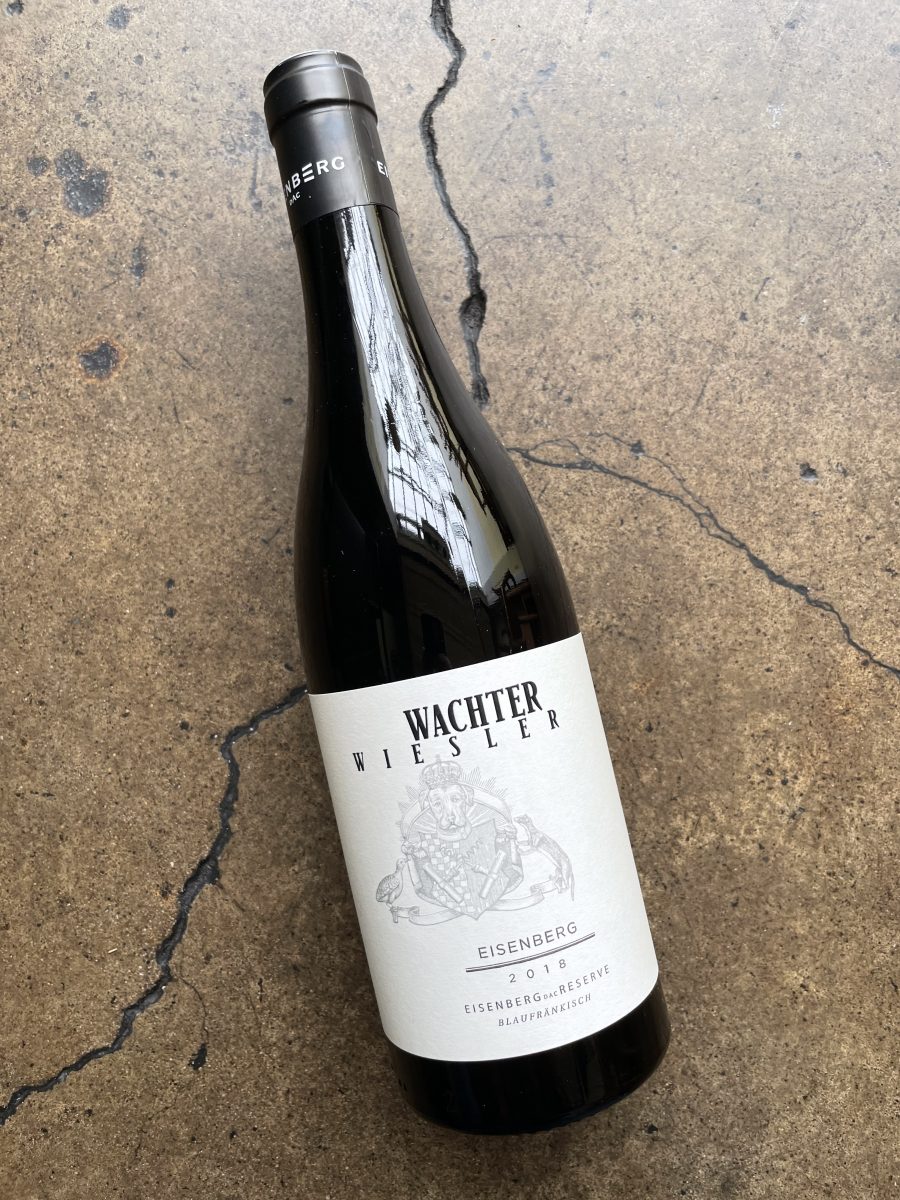 Notes: Starting with the 2017 vintage, Wachter-Wiesler began bottling two village-level wines, offering a middle ground between the Bela-Joska which gives a good idea of Eisenberg region and the show-stopping single-vineyard wines. The Eisenberg comes from three sites on the famous Eisenberg hill: Saibritz, Humengraben, and Fasching. To be clear, Eisenberg is a vineyard, the famous hill with very little topsoil, where vines grow right into the green schist soil. Eisenberg is a town, and the Eisenberg DAC is named after both because this is the very best place for Blaufrankisch in all of Sudburgenland. The vines here are 40 – 50 years old and give a wine that has a stoney structure, and restrained, yet pretty fruit.