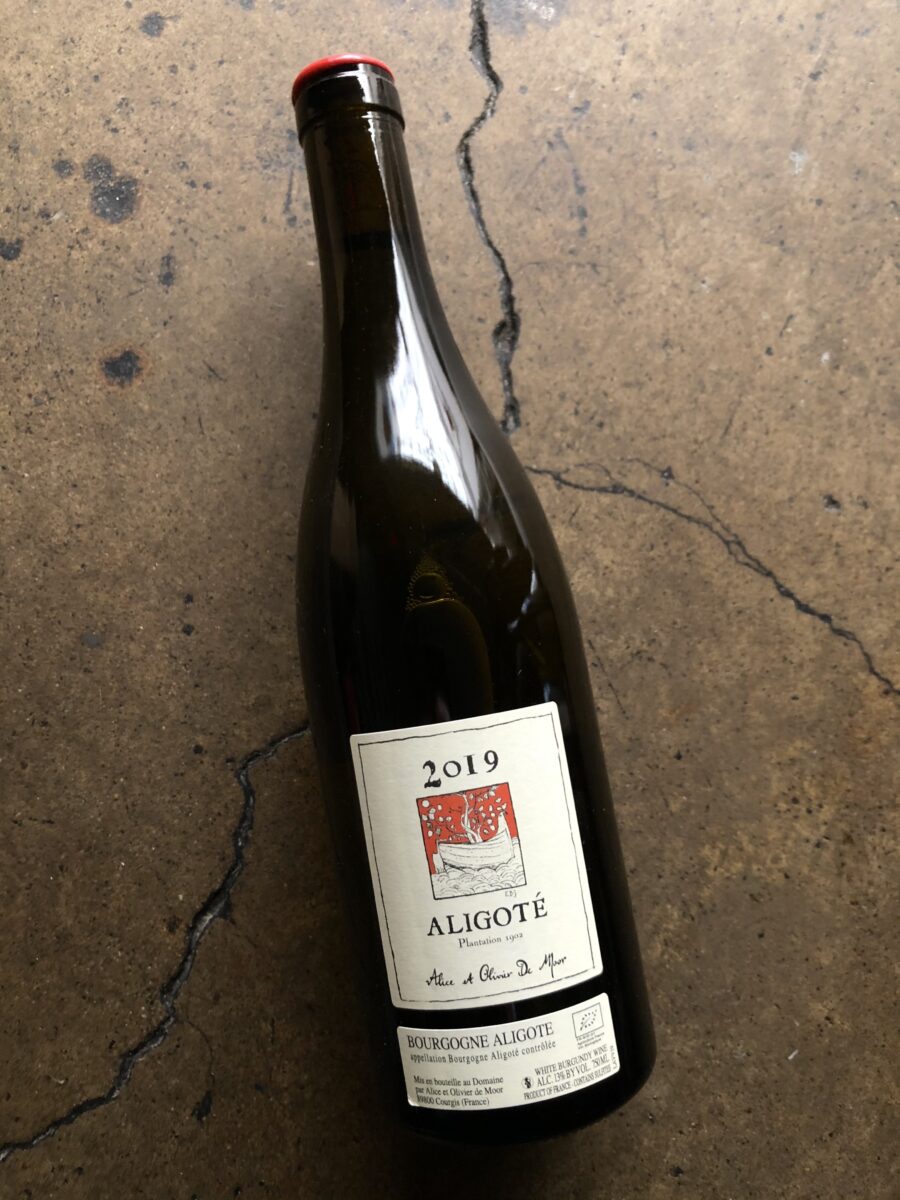 Vinification Notes: 100% Aligoté. The de Moors rent and organically farm a small parcel of Aligoté (containing about 5% Chardonnay) planted in 1902 in Saint Bris. The fruit is harvested by hand, destemmed, gently pressed and fermented spontaneously with indigenous yeasts. The wine goes through malo and is aged on its lees without bâtonnage or racking in old Burgundy barrels (vs. the regular Aligoté which is tank-aged) for close to a year. Bottling is without fining or filtering in the fall following the vintage and is the only time a touch of sulfur is added to the wine. Given its naturally tiny yields and increasingly problematic climate events, the “Plantation 1902” is often not bottled, in which case such fruit as there is in a tough vintage will go into the regular estate Aligoté.