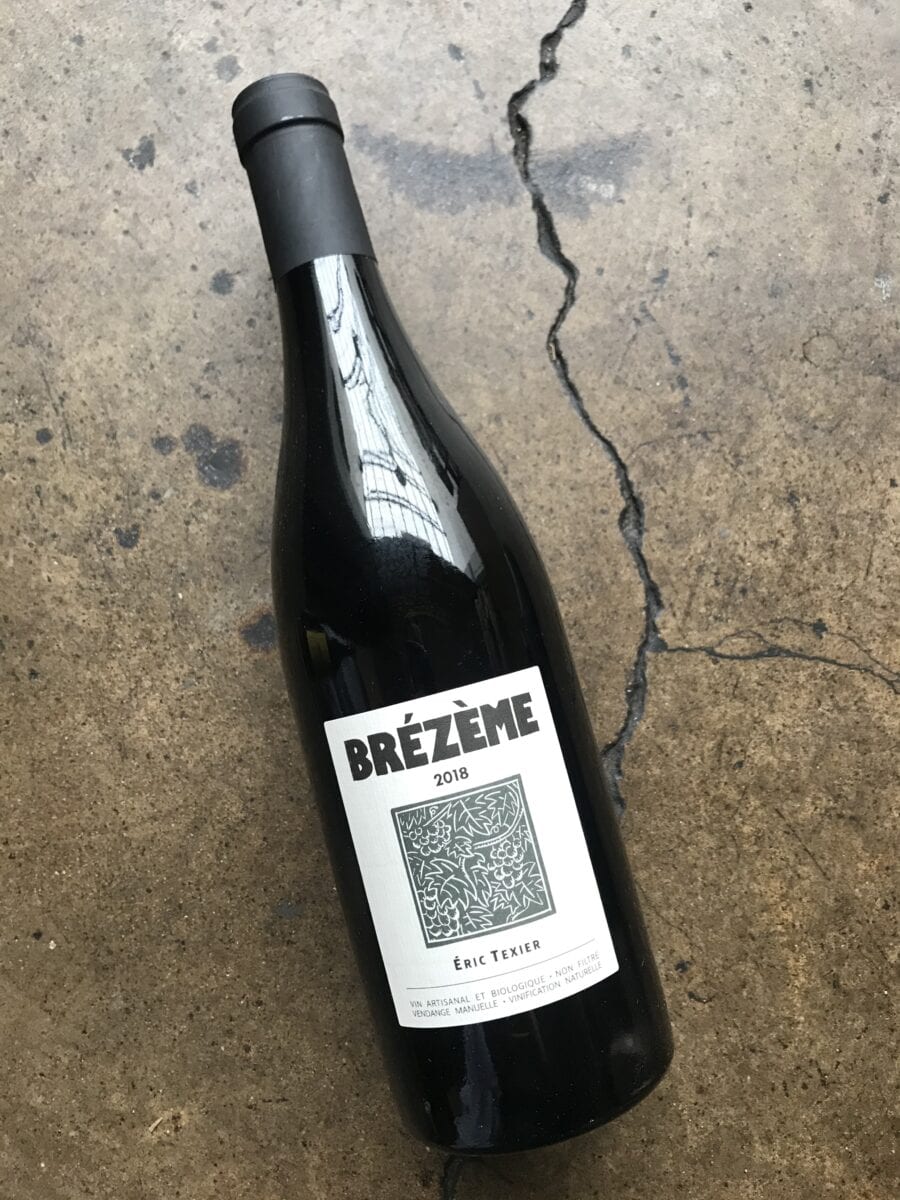 Eric’s goal is not to create fun wine, but rather clean and precise wine with personality, and “regional identity”- wine that isn’t for the cool kids, but for the grandmas and the farmers. He doesn’t just want to make Syrah- you can make Syrah anywhere- but to make Brézème, for which you have to have the skill and intellect to reflect the place in the bottle. The Brézème – from his own syrah – is full, structured, and elegant, ripe black fruit and earth on the nose and palate. Long, rich – a wine for music and friends. Open and taste, but expect it to benefit from some time to breathe.