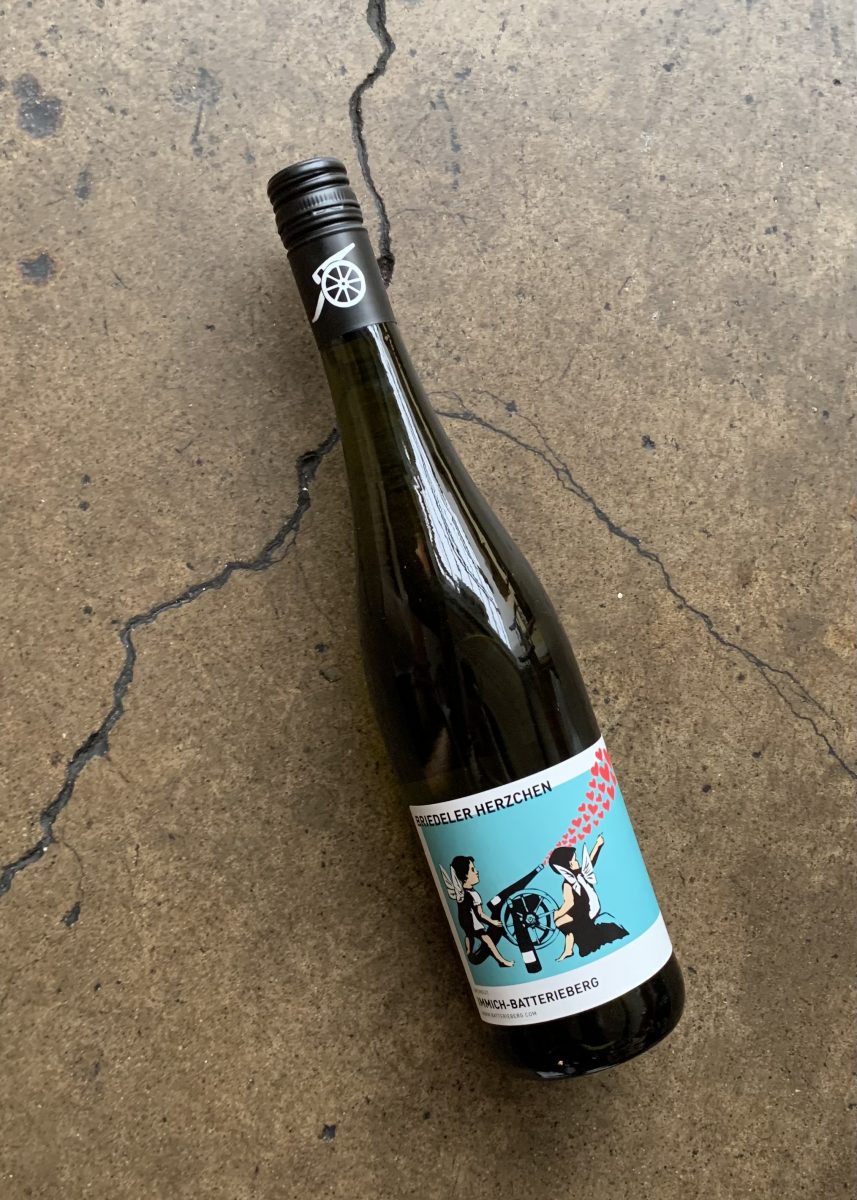 Immich-Batterieberg, in Enkirch of the middle Mosel, can be traced back to 911, making it one of the oldest wineries in the Mosel. It consists of 4 distinct sites- Steffensberg, Ellergrub, Zeppwingert, and Batterieberg, the last from which the winery takes its name – literally, “Battered Mountain”, a hill blown out with dynamite to allow for the planting of vines and terraces.

Its formative years were between 1495-89, under the Immich family, who established a reputation for excellent Riesling lasting centuries. In 1989, new owners purchased the winery and nearly undid this reputation for good, radically changing the style to please commercial appeal by producing sweeter, fruiter wines fermented with cultured yeasts. Following the owner’s bankruptcy in 2007, Gernot Kollman (and investors) purchased the winery. He shifted to relying on spontaneous fermentation, long lees contact, and very minimal SO2. He kept the name Immich-Batterieberg despite the shift in style from the previous owner to say, we’re not new, we’re old, we’re doing things the way they’re supposed to be done- the way they used to be done.

It’s no question why Kollman held such regard for the Immich-Batterieberg Crus, consisting of 9ha of old vines, mostly ungrafted and over 60-80 years old depending on the Cru- some of the best land in the Mosel. These are famously difficult vineyards to work- the terraced vineyards are located on slopes that are preposterously steep and impossible to work with a horse or tractor, so all of the work is done by hand.

From a vineyard site just the other side of the Marienberg from Clemens Busch’s holdings.