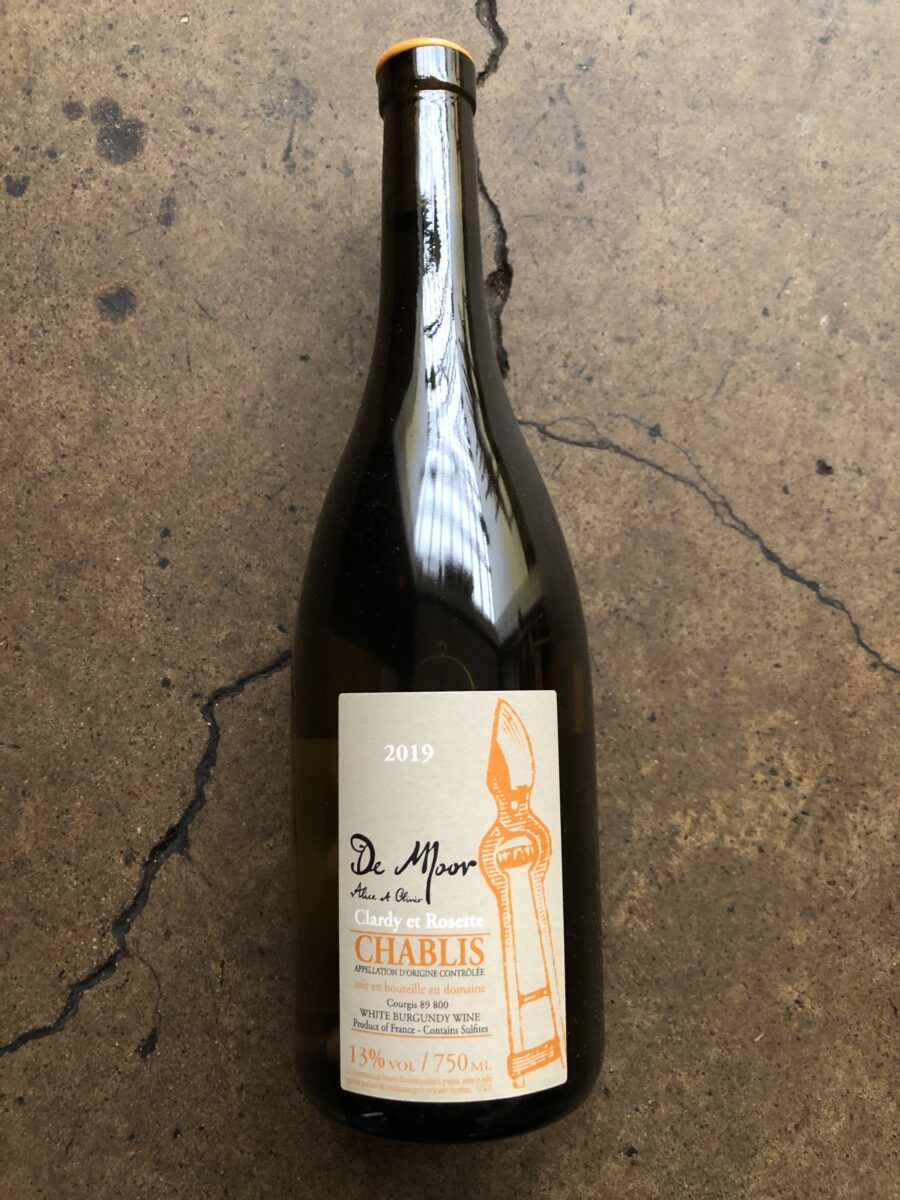 100% Chardonnay. The De Moors are masters of pivoting as required by wildly variable vintages in and around their home turf of Courgis in the Chablis region, and this one-time bottling from 2019 is the perfect example. “Clardy et Rosette” is a combination of two sites normally bottled singly, as Bel Air et Clardy and Coteau de Rosette. This vintage did not yield enough of either to keep them separate.

Both vineyards are in Courgis and were planted by the De Moors starting in 1995. The farming is certified-organic and the harvest by hand. The fruit was destemmed, gently pressed and fermented spontaneously with indigenous yeasts in tank. The wine went through malo and was aged on its lees without bâtonnage or racking in a combination of used Burgundy barrels and 2500-liter foudres as well as enamel-lined steel tanks for well over a year. Bottling was without fining or filtering. No sulfur was used at harvest or during vinification. Bottled in spring 2021.