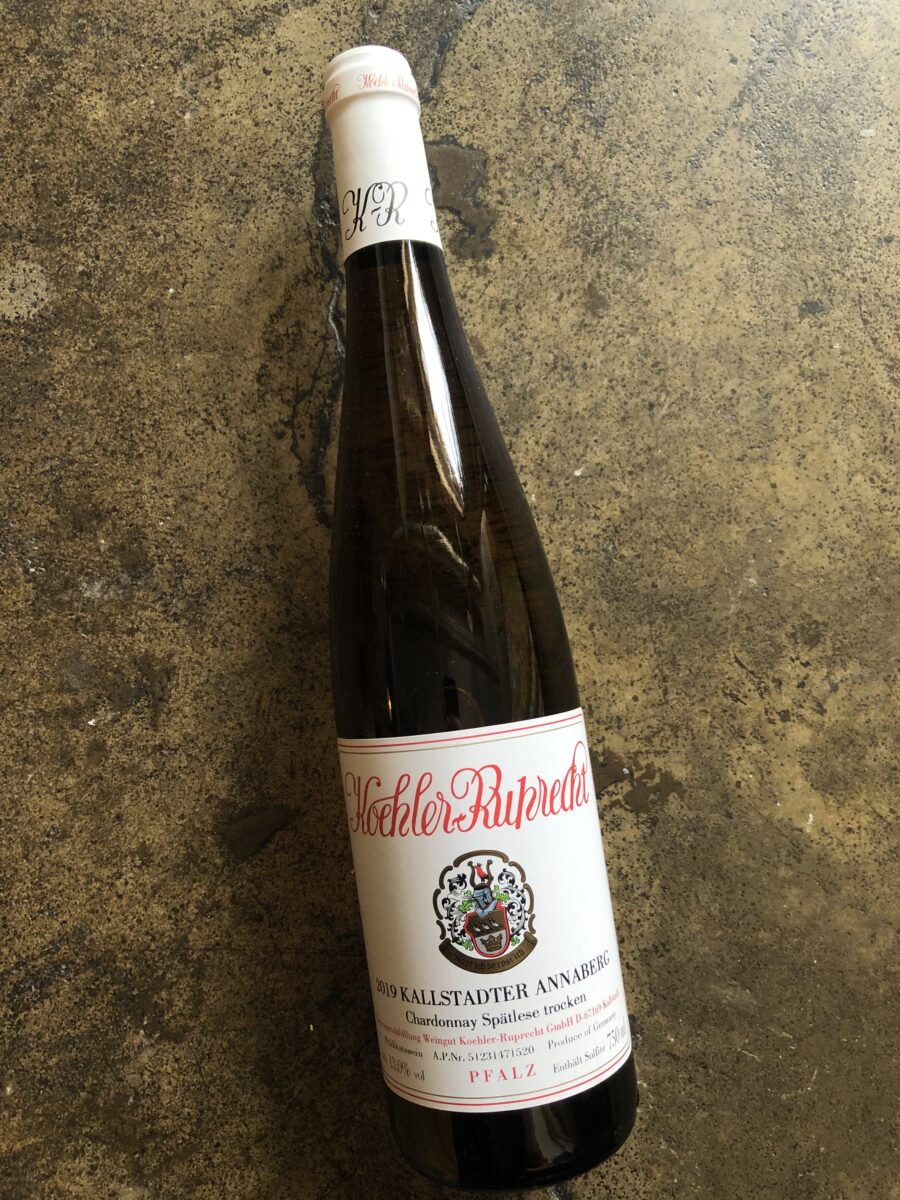 After being hand-harvested, the grapes are pressed outside in the courtyard. The juices settle in stainless steel tanks and then are racked by gravity into the underground cellar’s myriad of casks. The majority of which are large oak called stück, halbstück and dopplestück (1200L, 600L, 2400L). There is no temperature control in the cellar, and fermentation can take weeks or months. Malolactic fermentation is not monitored: it either happens or doesn’t. The wines stay on their lees for about eight months and a light filtration is performed before bottling.

The 120-year-old Annaberg vineyard is known to hardcore German wine fans as the birthplace of Scheurebe, but its south-facing slope of rich, dark soils inflected with sand and chalk also turns out to be prime ground for Chardonnay. Dominik farms this organically and matures the wine without bâtonnage in old oak barrels, rendering a vivid, finely etched style that speaks in its own salty, citrusy, savory idiom. 5.5g RS and 7.5g acid. A Chard unlike any other in the world.