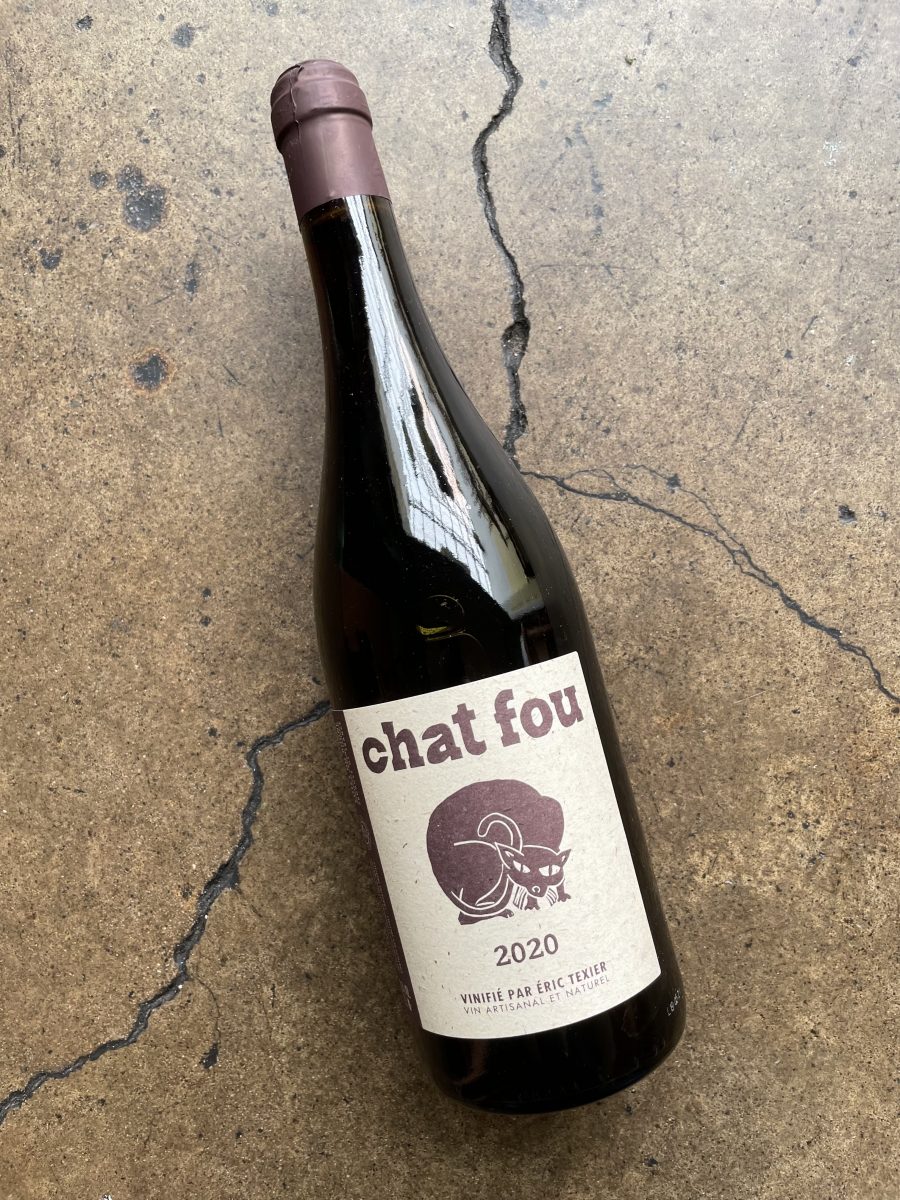 Chat Fou is now being sourced from the granite terroirs of Saint-Julien, giving it a very fruity, easy style compared to most CDR. Eric also adds about 20% of white grapes to lighten the blend.

The wine’s name translates to “Crazy Cat” and is named after one of the Texier’s cats who was in fact quite crazy.