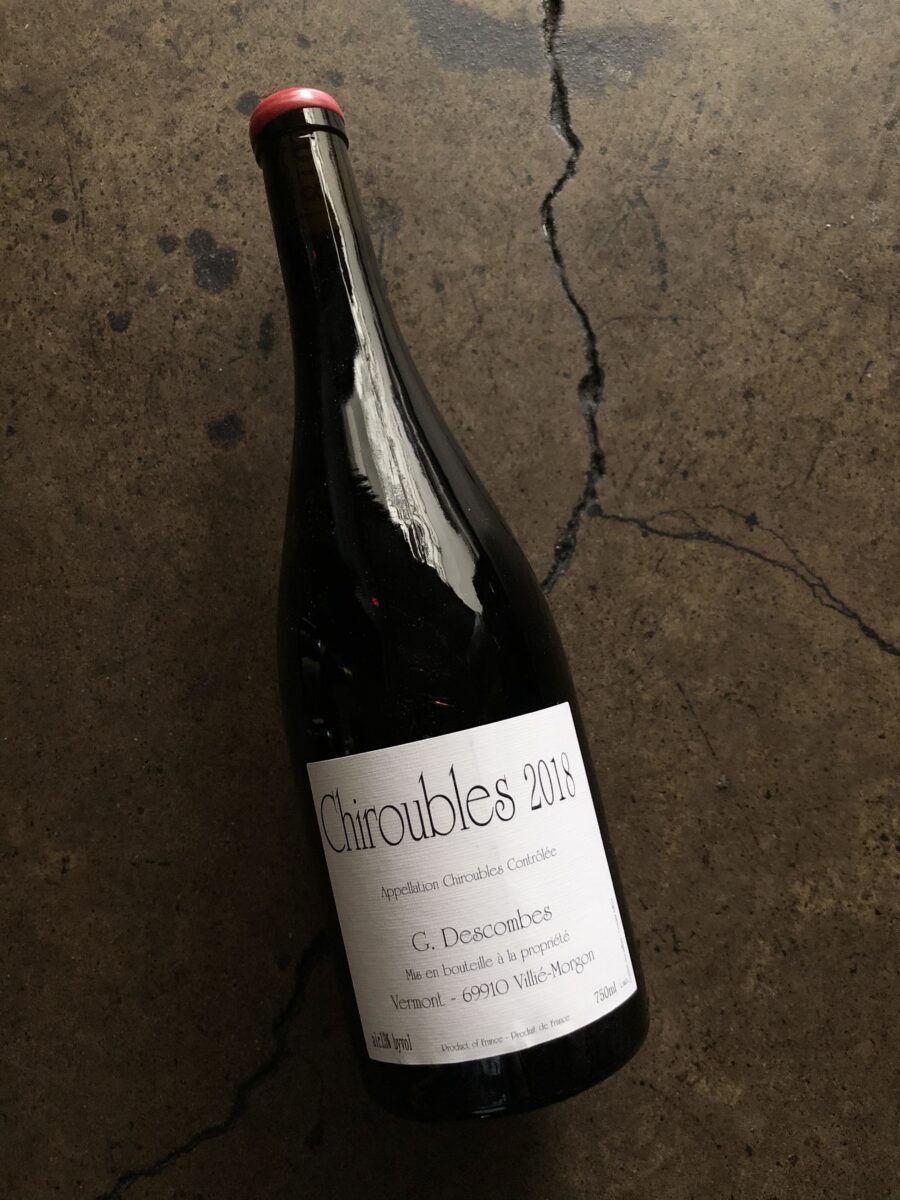 Grapes are chilled when they arrive to the cellar and see long semi-carbonic macerations (three weeks to a month) in various vats. The wine is then aged in 228l Burgundian barriques for at least 12 months. They often age in bottle many years before being sold. 15 to 20mg per liter of sulfur added at bottling.