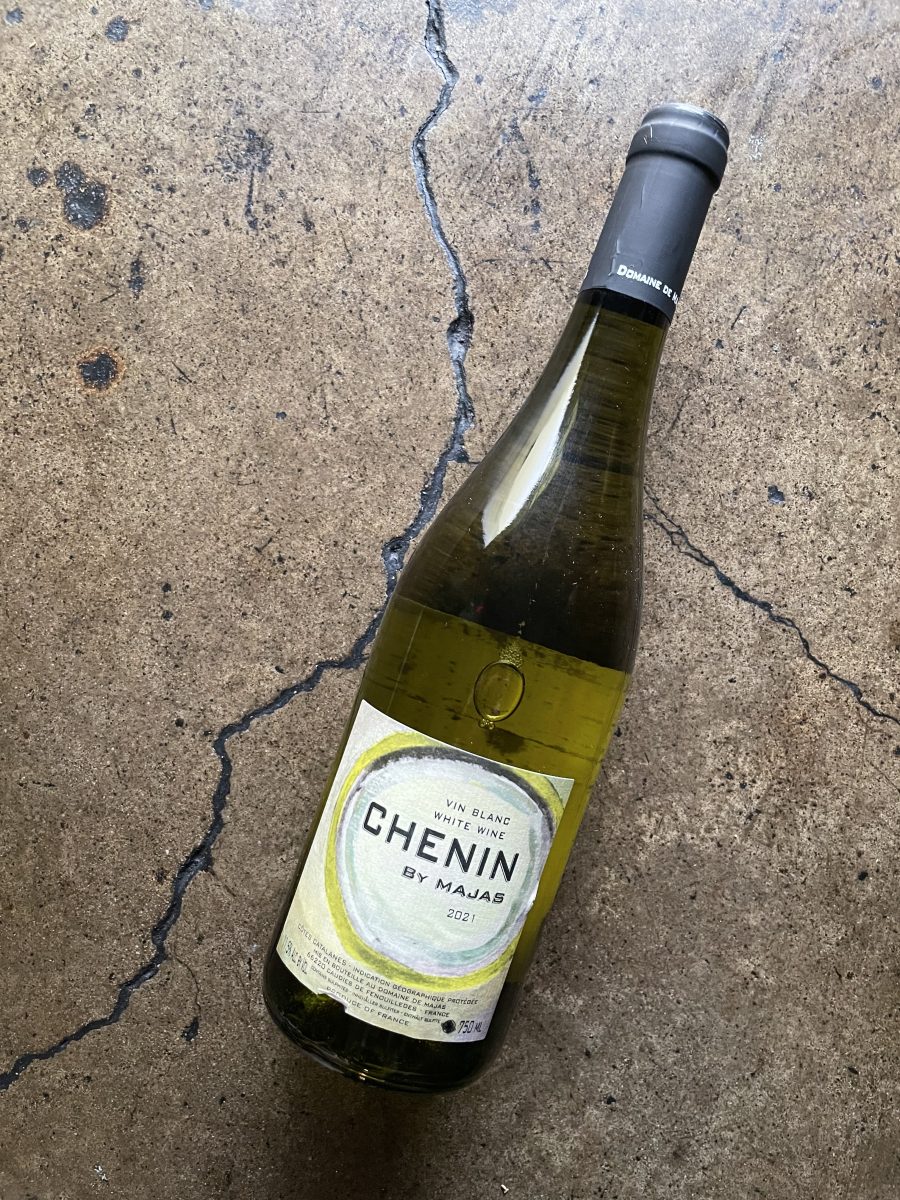 To this day, the vast majority of Côtes du Roussillon AOC is being mass produced by cave cooperatives. By the early 1990’s, the co-op‘s way of doing business made living solely off of viticulture next to impossible, resulting in approximately 3/4 of the region’s vines getting ripped out by their owners. As a way to “start fresh”, those who continued growing grapes (like Alain’s father) were then pressured by the caves -hoping to capitalize on the increasing demand for “Bordeaux style” wines- to widely replant Merlot, Cabernet Sauvignon and Cabernet Franc. While this strategy worked in the short term, it eventually backfired and furthered the AOC’s bad reputation.

By the time Alain took over the the estate in the early 90’s, he knew that selling his family’s grapes to the cave was no longer an option. He started a small, independent estate (just two hectares), but very quickly inherited over 20 hectares of his father’s vines. With a lot more wine to sell all of a sudden, it became increasingly difficult distributing locally.

After struggling to sell his entire stock for many years, a deal too good to be true came his way: a major french supermarket chain offered to buy the entirety of his production as an exclusive for their wine section. A contract was signed, and strict guidelines were set: the rosé had to taste like this, the white like that…

“There was no reflection of terroir, the wines had zero personality. They were okay, but could have been coming from anywhere.”

Even worst, the bulk prices offered by the supermarket weren’t paying the bills; in fact, the Carrère were actually losing money every year! Facing bankruptcy, Alain had to find a solution. Converting to organics briefly crossed his mind, but with no outside guidance or pre-existing market, he did not dare attempt it. But as fate would have it, a chance encounter with Tom Lubbe of Domaine Matassa would change everything.

After tasting the wines, Tom told Alain he would be willing to help them rebuild the estate from the ground up. The two verbally agreed on a partnership, and with Tom’s guidance they immediately started converting all 30 hectares to organic viticulture, as well as eliminating all commercial yeasts, additives and excessive sulfur in the cellar. Tom also showed Alain the importance of highlighting different terroirs, a lesson that has produced great results. Alain, completely reinvigorated, is grateful to have had this second chance. The wines being produced today are fresh, elegant and and a real bargain for the quality.