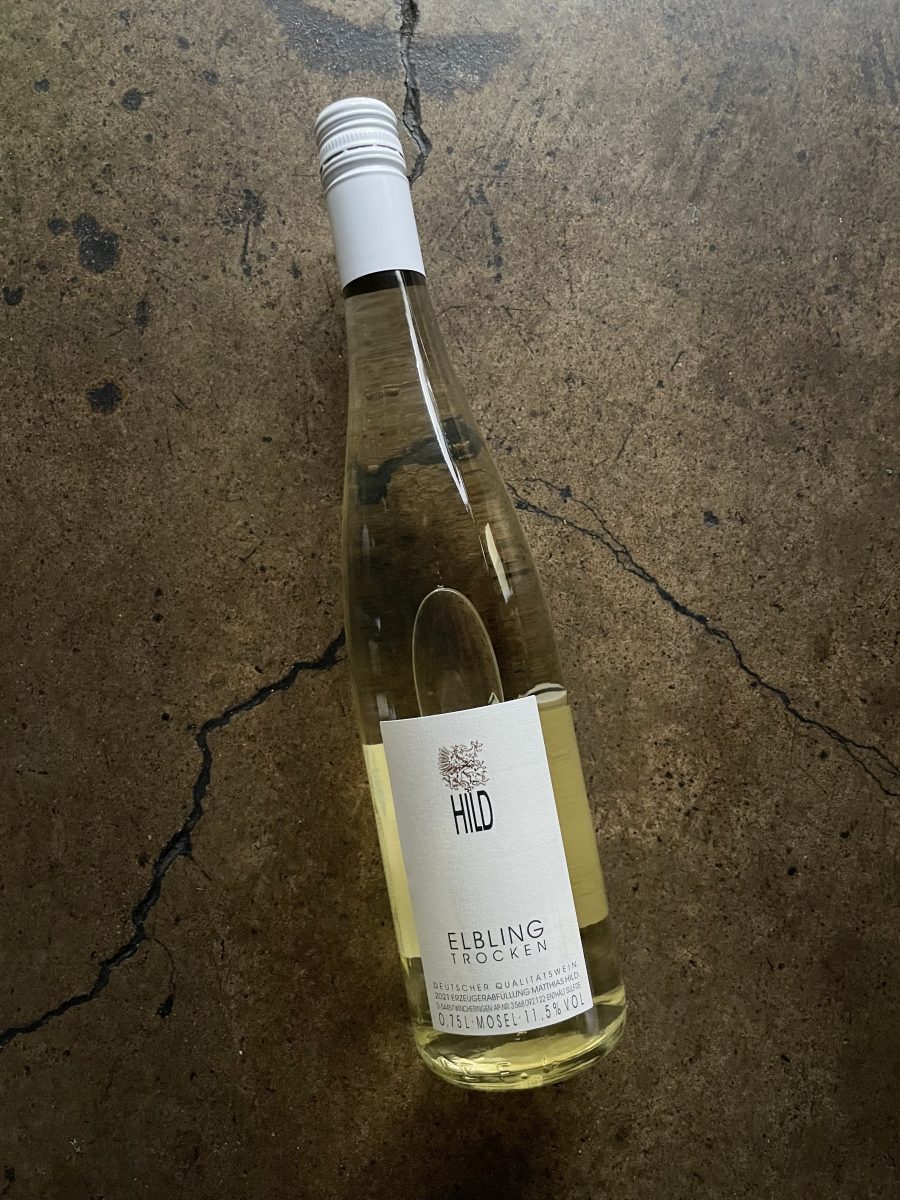 The Upper Mosel has nothing to do with Riesling and nothing to do with slate. Instead, we find limestone. The Upper Mosel in fact represents the beginning (or the end?) of the Paris Basin, the geological reality that informs places like Chablis and Sancerre. Instead of Riesling, in the Upper Mosel we find a winemaking culture based on one of Europe’s oldest grapes: Elbling. It’s important to understand that Elbling here feels like something of a religion. It’s a culture, a regional dialect that is spoken through this wine of rigorous purity, of joyous simplicity, of toothsome acidity. The joy of Elbling is the uncompromising vigor and energy, the raucous and super-chalky acidity. Matthias Hild, who farms about six hectares in the sleepy town of Wincheringen, told me that back in the 1980s, when he’d have an Elbling clock in at less than 8.5 grams acid, he’d taste it and question if it was Elbling at all. Which is sort of like saying you’re not sure the music is loud enough because your ears aren’t bleeding.

Matthias Hild reminds me of Randal Graham, the famous founder/winemaker of Bonny Doon, in his eclectic mix of scholar, advocate, farmer and trickster. He also sports a thinning pony tail and takes everything at his own pace and on his own terms. This strength of character likely explains some of how Hild has survived in the Upper Mosel making quality-minded, honest wines in a region where this is not a financially wise thing to do.

The fact that Matthias is single-handedly trying to save the old, terraced parcels of Elbling (see photo above) is a move that is equal parts romantic and completely insane. The financial realities of working these vineyards by hand while accepting their lower yields simply do not add up. This is an act of cultural preservation more than anything else.

Vines for the Sekt are from within 4km of Wincheringen.  After harvest the Sekt goes through a 21-day cold fermentation in stainless steel.  After malolactic fermentation the wine is stored on it’s lees for 9-18 months until disgorgment.  Dosage is 10-12g/L.