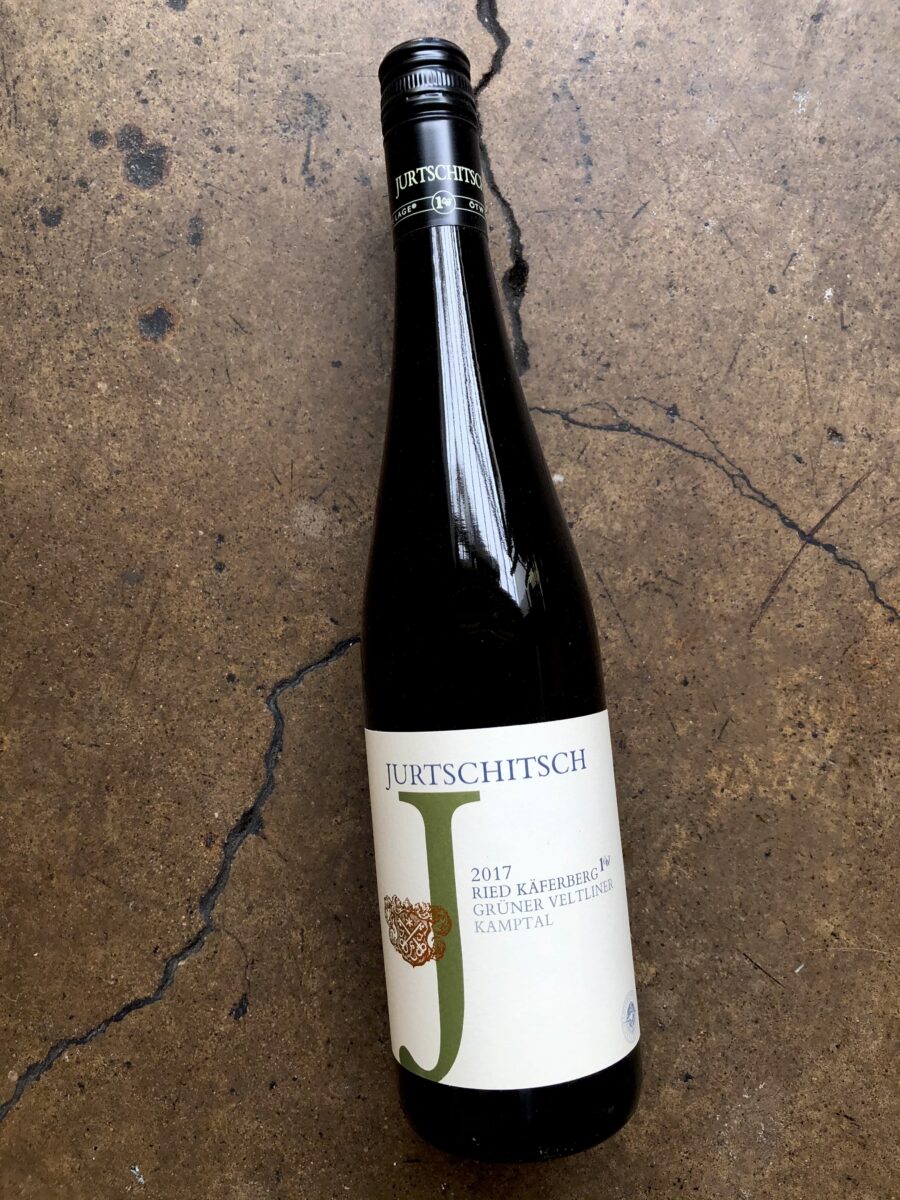 The Käferberg vineyard overlooks Langenlois and is to Gruner Veltliner what the Heiligenstein vineyard is to Riesling – world famous. The roots of the 62-year-old vines grow deep in a very rocky soil and bring a special saltiness in the wine. It is a sunny vineyard, but also very windy. The character of the wine is always a bit richer without being fat. This wine sees two days of maceration on the skins, followed by two months of slow spontaneous fermentation and ten months of aging on the full lees. The vineyard occupies a warm, sheltered site between 300 and 345 meters above sea level, with a southern and southeastern exposure. The soils are variable, with different underlying bedrock: within a small area one can find crystalline rocks such as amphibolite, gneiss, and mica schist, alternating with much younger clay marl, sands, and rare gravels that were deposited in the ancient Paratethys Sea 16 million years ago.