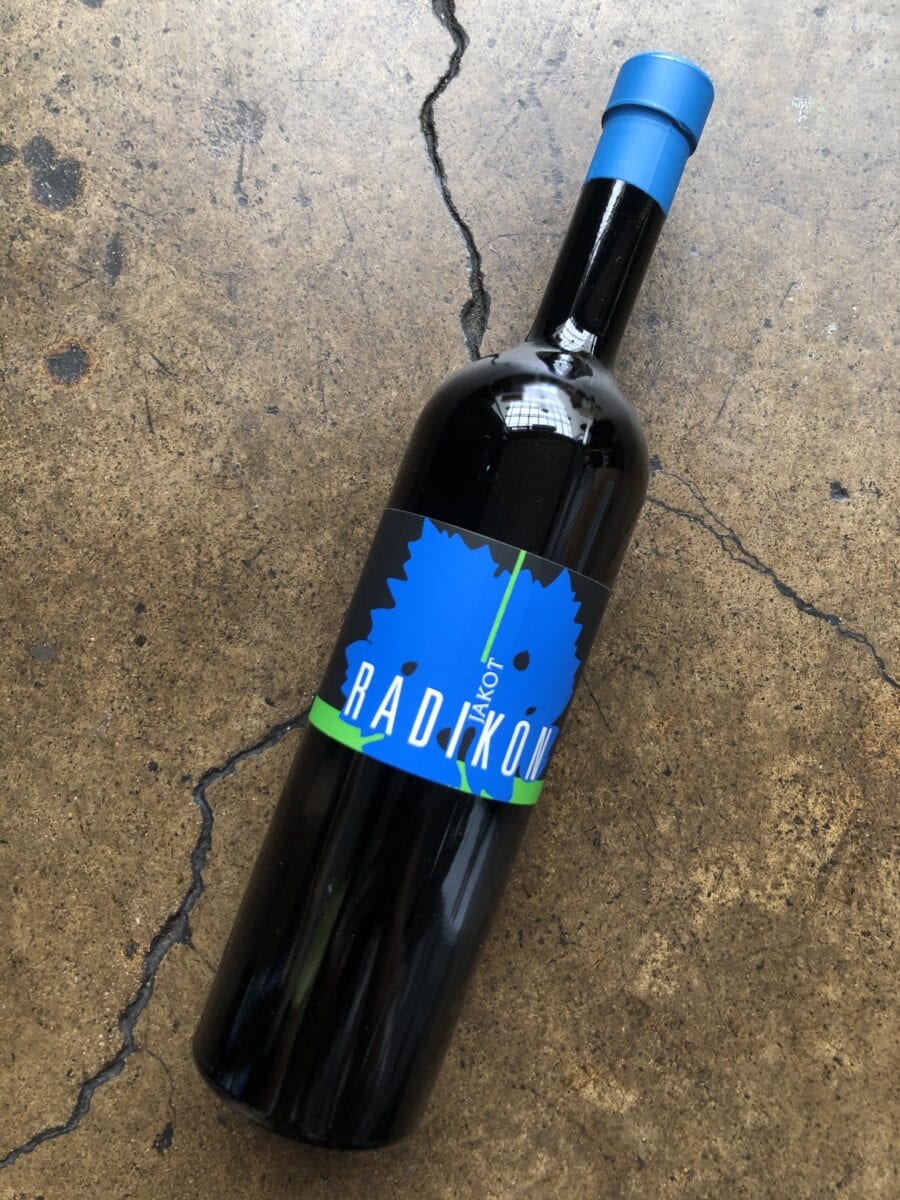 100% Tocai Friulano. All of Radikon’s whites are made in the same way: the organically farmed, stunningly low-yield, hand-harvested fruit is destemmed and gently crushed with a pneumatic press. It is placed in old Slavonian oak vats and fermented with native yeasts. It macerates with the skins for around 3 months—however long it takes to reach total dryness–with no temperature control and no sulfur. The wine is racked and aged on its lees in huge Slavonian oak casks (25-35-hectoliter) for 3-4 years, racked twice a year. The wine is then bottled without sulfur and without filtration. The bottles are aged for several years before release. “Jakot” is a thumbing of the nose at the EU—a reversal of “Tokaj”—since the use of the word Tokai/Tokaj was banned for the grape except in Hungary.