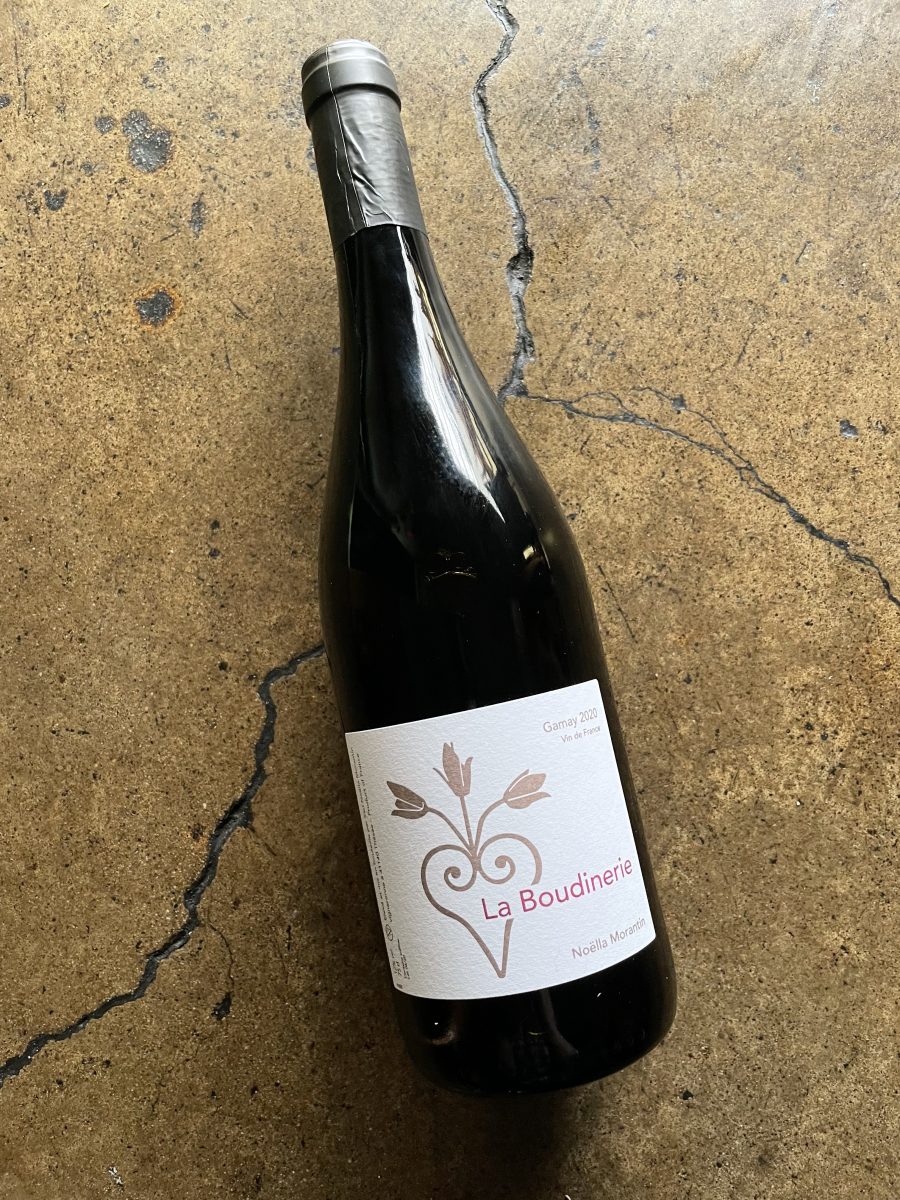 This wine is made within the Touraine appellation but intentionally declassified to Vin de France. Boudinerie is the name of the farm where Noëlla lives.

Whole-cluster, 10 day maceration. Fermented and aged in 400l demi-muids. It receives 10mg per liter of sulfur just before bottling.