Working as a wine journalist for five years, Gregory Leclerc traded his pen for a spade in 2007 when he purchased 6.5ha and a cellar in Touraine. Located on the south side of the Loire Valley, the Domaine sits on the gentle hills of Amboise in the Loire Valley. Here, Leclerc organically farms Chenin, Sauvignon, Gamay, Côt and Grolleau.

Planted to soils of mainly limestone and clay, the vines average 25 years in age, while the Grolleau is 60+ years old and planted to flint and clay. Employing organic treatments only, including a Bordeaux mixture with a reduced dose of copper, Leclerc also plows the vineyard, which supports such biodiversity as trees, flowers and fauna, including mustard to increase the levels of nitrogen in the soil.

Hand-harvested, the fruit is gently pressed without sulfur. The reds see carbonic maceration for two to three weeks, without racking or pumping, and are aged for eight to ten months in tanks, while the Côt is aged in barrels. The reds are also bottled without sulfur, while the whites receives only 2 grams. 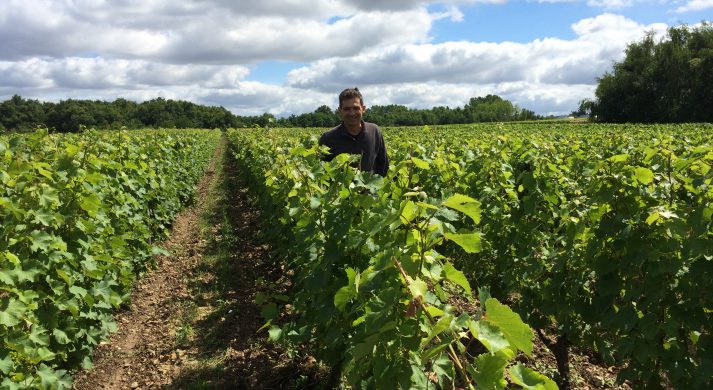