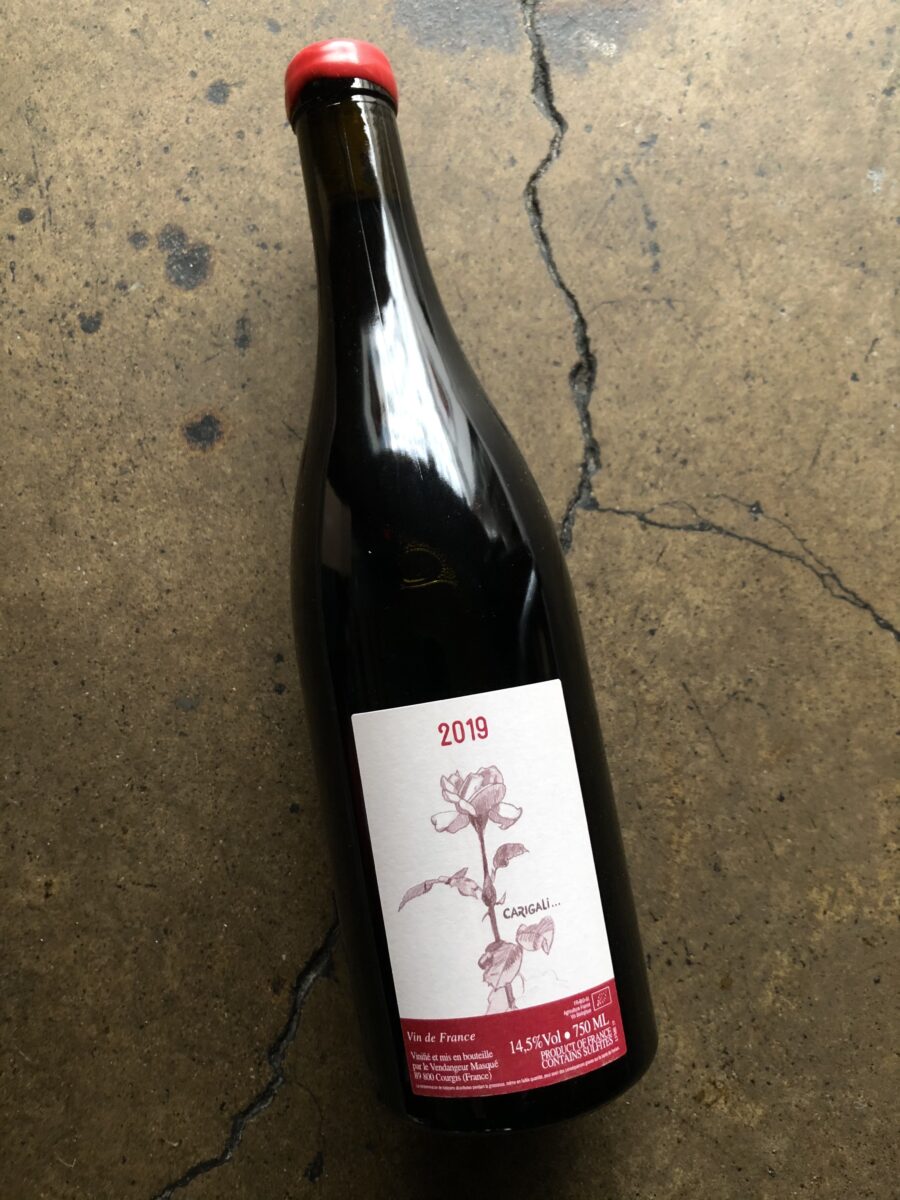 Vinification Notes: 80% Carignan/20% Aligoté. Vendangeur Masqué or “masked harvester” is the label for De Moor wines made mainly from sourced fruit; the wines are made in the De Moor cellar in Courgis in the same manner as their estate wines. The exact make-up of the single de Moor/Vendangeur red changes from year to year but tends to be very pale in color and light in weight and tannin. In 2019, grapes are organically farmed Carignan from the Ardèche in the Rhône combined with de Moor Aligoté–hence the name “Carigali”, a mash-up of the two varieties. The fruit is destemmed, gently pressed and co-fermented spontaneously with native yeasts in tank. Bottling is without fining or flitering almost a year after harvest and is the only time a touch of sulfur is added to the wine.