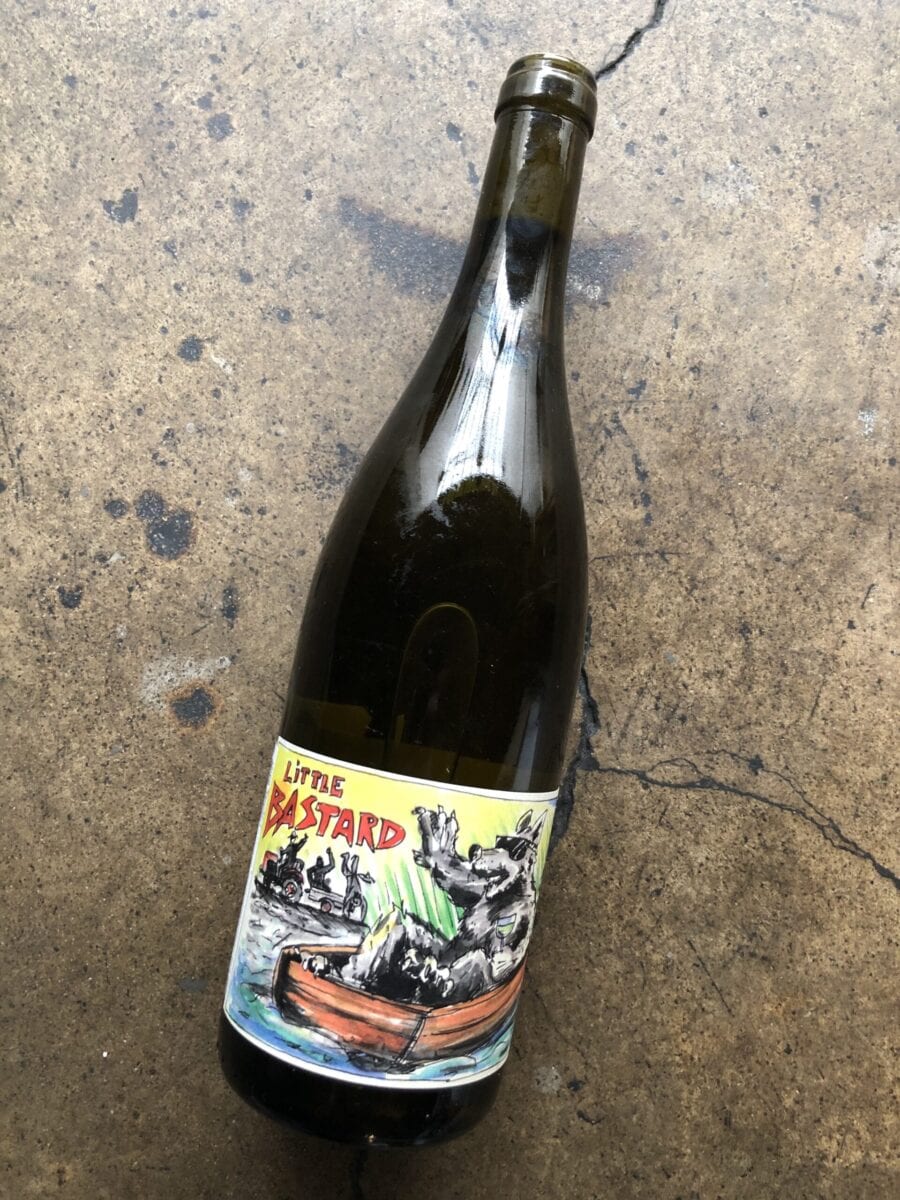 The Little Bastard is one of the Estate’s earliest bottlings of natural wines and reflects the Estate’s “diversity rooted in Riesling”: It is a blend of Riesling (60%), Sauvignon Blanc (25%), Müller-Thurgau (10%), and some Muskateller (5%). The different grape varieties are fermented without any intervention, partially with a little pre-fermentation maceration, and, in the case of the Muskateller, a two week skin fermentation before pressing. The result was then blended together, and after completing the fermentation, bottled un-filtered and without any sulfur added.