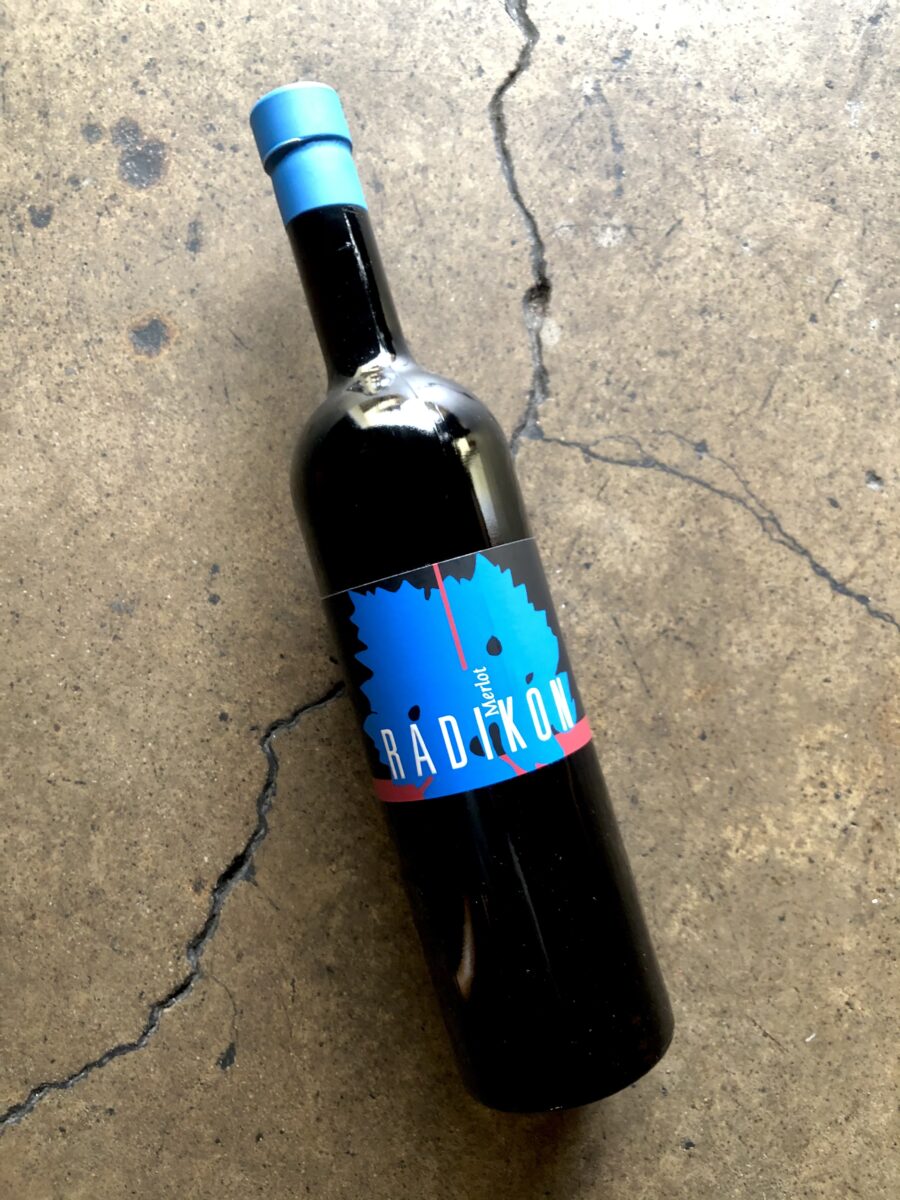 This wine is released in 500ml and liter formats each vintage. Stanko believed that the 750ml size did not provide the right amount of wine for two people to share at dinner. Therefore, he wanted to bottle all of his wines in liters and half-liters so that two people could then have a half liter of white and a half liter of red.

In studies that he conducted with a cork manufacturer, a custom cork for these two bottles was designed that gives the optimal surface-to-air permeability ratio for aging their wines. It is a narrower, smaller cork than the classic model. In deference to this cork, Stanko himself created a prototype bottle from silicon for the new liters and half-liters, and then had them manufactured at a local bottle factory.

We at Louis/Dressner believe that this part of the world ( Friuli /Slovenia) makes the best Merlot. If Paul Giamatti from Sideways had tasted these, he would have a different opinion on the grape.