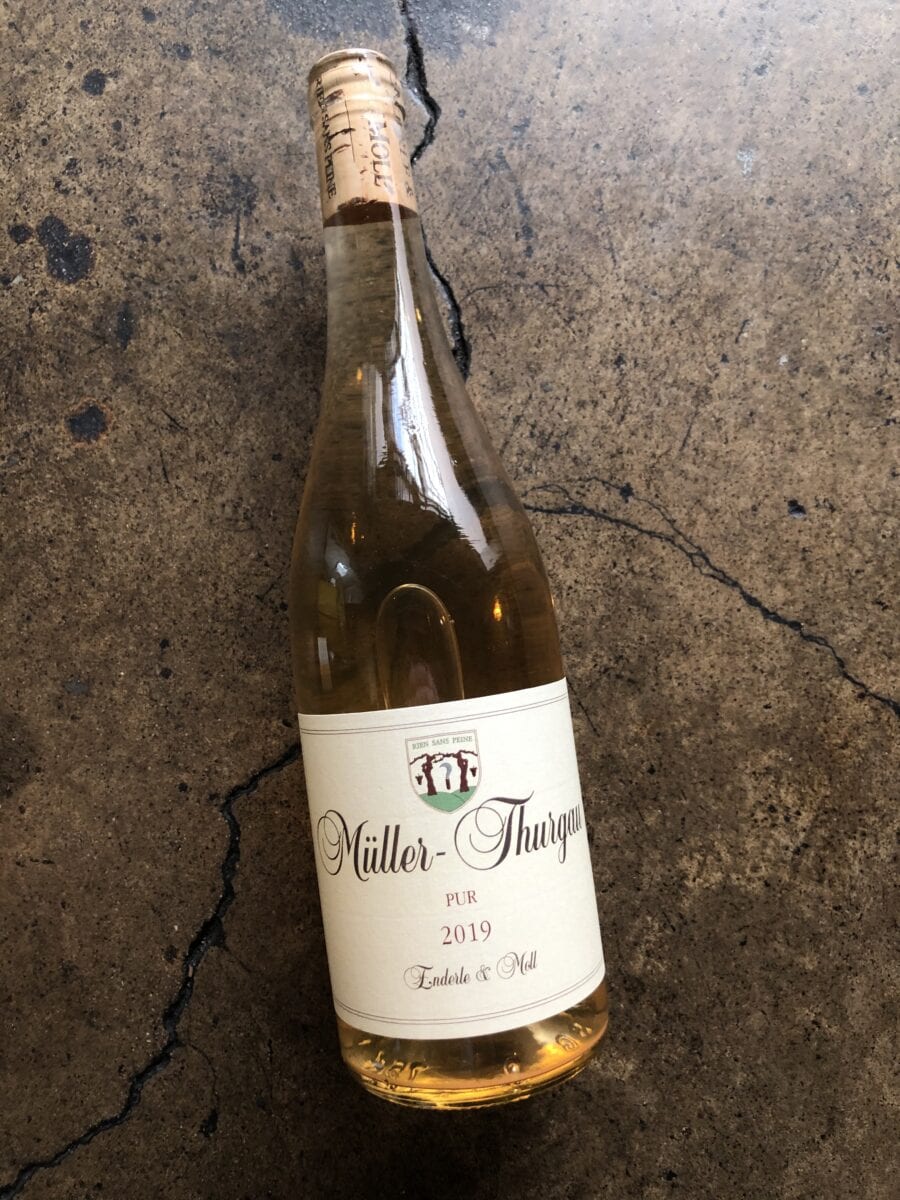 In a country that is one of the largest Pinot producers, E&M are regarded as having some of the best – light but deep, structured & beautiful. And their whites, all macerated on skins at least for some time, are also magical. Their Weissburgunder & Grauburgunder are awesome, but we find ourselves consistently drawn to their Müller-Thurgau- whether it’s their entry level “Müller”, “Pur”, or the  “Buntsandstein” (red sandstone). In Central Europe, Müller-Thurgau, a high-yielding and early ripening cross of Riesling and Madeleine Royale, was often overlooked because of its regional popularity in making simple commercial wine, but in the hands of E&M, it sings.

3-4 week maceration and fermentation, then pressed. The wine is then moved to a 1000 liter clay tank and 30% of the skins are added back in. It then matures for 10 months on the full lees. No filtration and almost no sulfur added at bottling.

Click here for an excellent profile of Enderle & Moll from 2013, thanks to Wine Terroirs