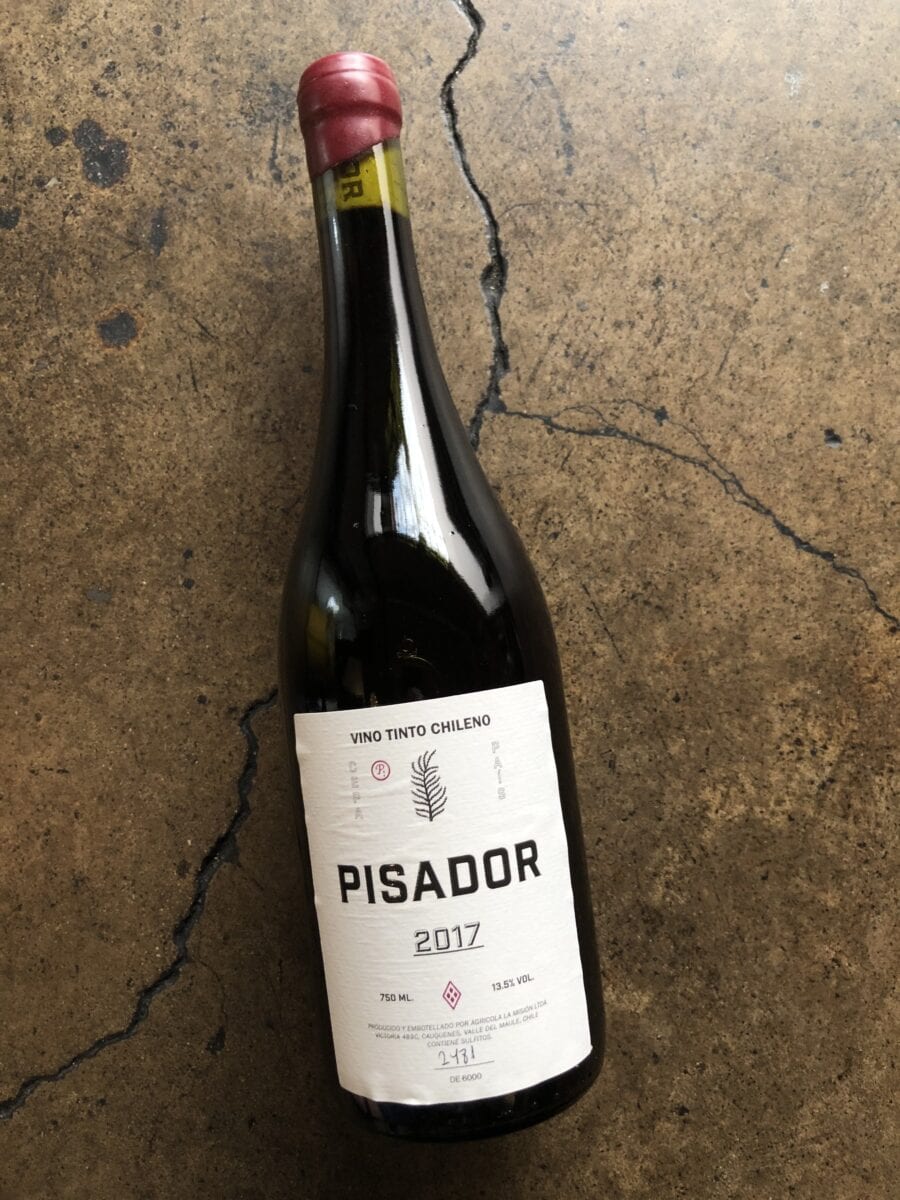 Pisador is a new project from Elena Pantaleoni of La Stoppa and her good friend Nicola Massa. Elena’s connection to Chile is longstanding: her mother has been living here for more than twenty years. In the late 90’s, she’d purchased a property with an old, beautiful cellar called Fundo Tomenelo in the south of the Maule Valley. During a 2015 holiday trip, Elena had the chance to visit some of the amazing terroirs and very old vineyards between the Maule and Bío Bío valleys.

Both valleys are planted with thousands of hectares of 100 to 300 year old un-grafted plants, an amazing and unique heritage. Soon after her trip Elena reached out to Nicola Massa, a very good friend in the wine business for many years, with the idea of making a wine with the País variety. País is the oldest variety imported in Chile, dating back the to the middle 1500’s. Nicola was excited and honored by Elena’s proposal, and the two quickly agreed to start the project.

With the help of Louis-Antoine Luyt, Nicola spent 2015 in the Maule valley, visiting old producers and vineyards to understand the way they work. In 2016, he selected four hectares of 100+ year old, un-grafted, un-irrigated, bush-trained vines planted on granitic soils. An old lagar, the traditional open-top wood vat used for fermentation, was purchased along with some old barrels. A zaranda, the typical wood de-stemmer worked by hand, was also built.

Unlike the juicy, easy-drinking Pipeño style that has recently been regaining popularity, Nicola and Elena’s goal was to make a structured wine with this variety. They selected wonderful grapes, de-stemmed them by hand and pressed them by foot (pisar translates to foot-trodden, hence the name Pisador.) Spontaneous fermentation and a long maceration took place, with no filtration, no added sulfites, just fruit! 3300 bottles were produced in 2016. A second lagar was purchased for the 2017 harvest, and production was slightly increased.

100% Paìs. 2017 is just the second vintage of Elena Pantaleoni”s (of La Stoppa fame) first foray into making wine in Chile. She is working with old-vine, ungrafted fruit in the southern part of the Coronel del Maule region near the village of Cauquenes. The microclimate is warm and the soils deep and granitic. The vines are in a couple of different plots, farmed organically and tended by hand, with the soils worked by horse and plow; they average around 150 years old and are on their own roots since phylloxera has never arrived here on these sandy soils. The bunches are not only harvested by hand but also destemmed by hand, using the most traditional of local tools called a zaranda. The grapes are foot-trodden–the verb is pisar, from which the project and wine takes its name–and fermented spontaneously in the traditional lagar or tank with no sulfur or temperature control. Maceration is several weeks. The wine is aged for a year in used 300-liter French oak barrels, then bottled without filtration and without suflur and aged another 6 month. Pisador is not a rustic, pipeño style of Paìs but rather a more elegant, structured expression of the grape. Production is small at around 300 cases. 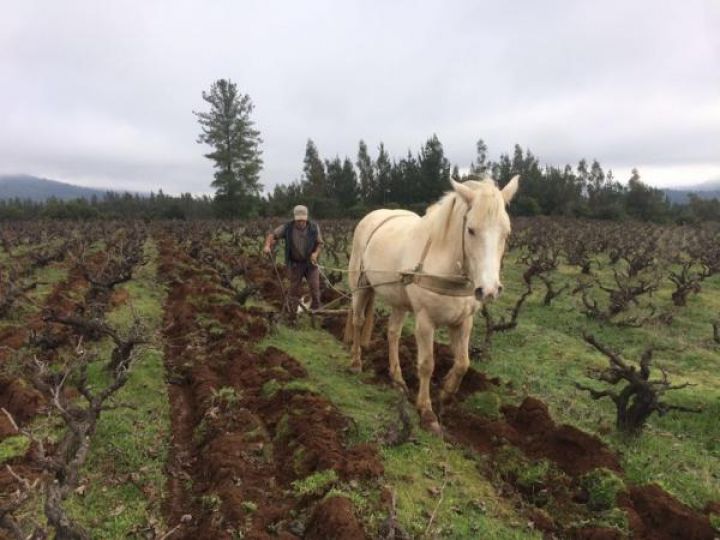