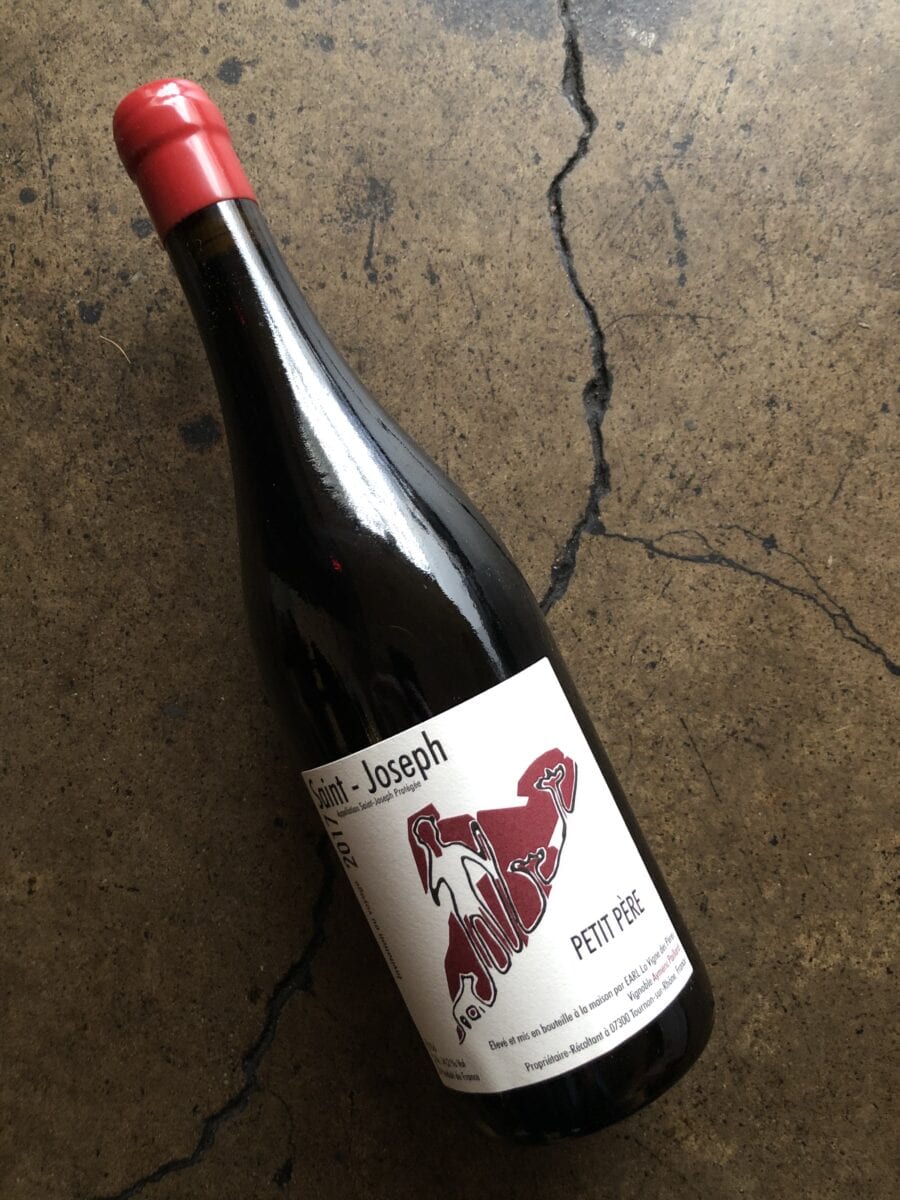 Aymeric Paillard comes from an established winemaking background. His father is the notable Champagne producer Bruno Paillard, he has worked making wine at the biodynamic-certified Château des Sarrins, with the Hermitage producer Delas Frères, and the Côte-Rôtie producer Stéphane Ogier. It seems he could have walked through any number of open doors in his wine life, but he chose to find his own voice, his own path, and we’re all the better off for it.

Aymeric traveled the country in a camper van, family in tow, in search of land on which to make wine, eventually deciding on Saint Joseph, a 40-mile stretch of land along the west bank of the Rhône River. In “a moment of madness” he chose 3.7ha of abandoned vines, on steep hillside land in the village of Sarras, later acquiring 1ha in Cornas. The vines he purchased required considerable work to restore, having suffered from disease and rot. When it is necessary to use copper or sulfur, Aymeric mixes local seasonal plants into the preparation. Minimal sulfur is used at bottling, and his wines are unfined and unfiltered. He’s been farming organically since the start, achieving certification in 2019.

Paillard’s whole cluster and semi-carbonic Petit Père is a striking bottle of tension and freshness. Tannic, concentrated, and rustic, but with a certain weightlessness and buoyancy preventing it from feeling all too serious. On the nose, sweet tobacco, old wood, and black currant, leading to tastes of canned plum, elderberry and mixed bushberries, while lightly savory and peppery. A couch sipper and dinner winner.