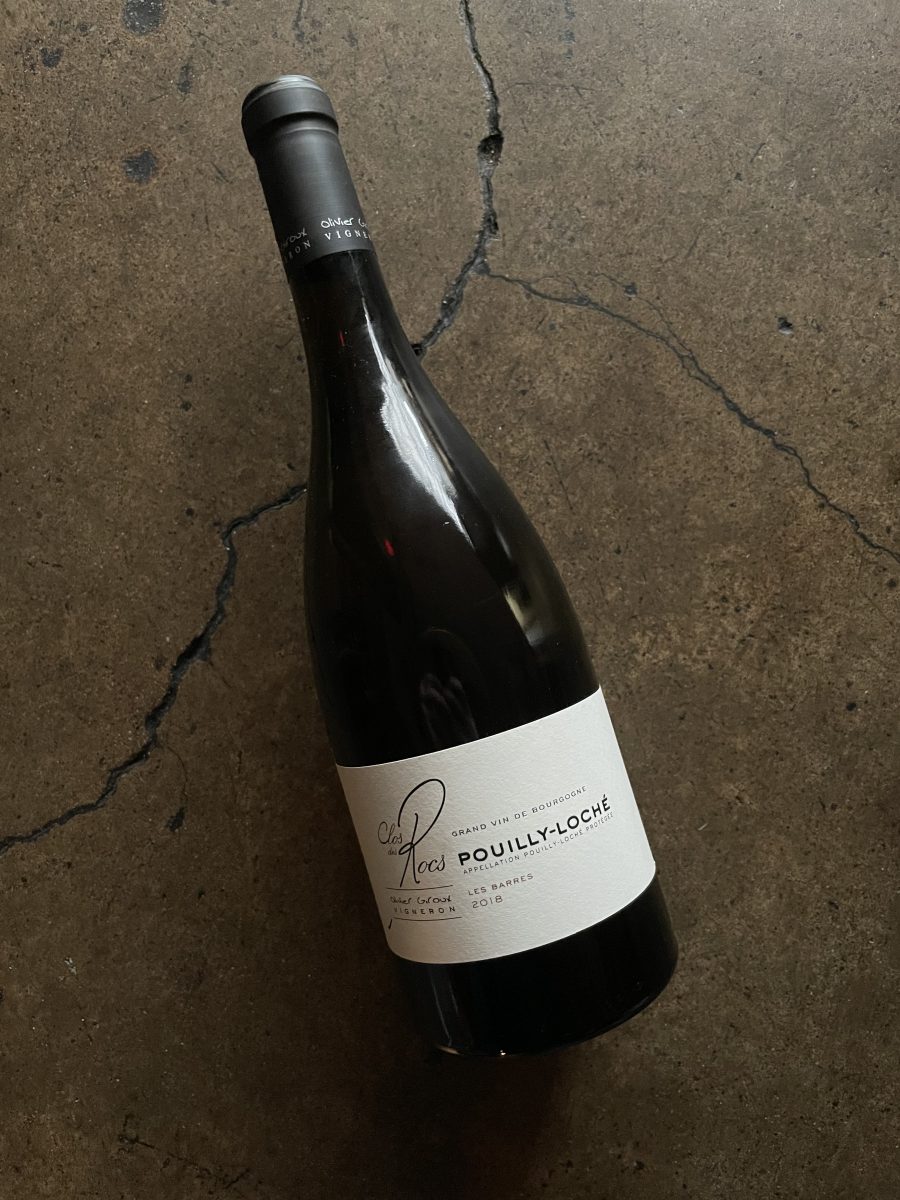 You may be wondering why you haven’t previously heard about Pouilly-Loché, for which you can hardly be blamed. The entire appellation covers a mere 32 hectares, of which nearly 30% belongs to Clos des Rocs. To our knowledge, no estate-bottled wine from the appellation has appeared in the U.S. in the recent past, despite the fact that the AOC dates back to 1940 and enjoys a strong reputation locally in the Maconnais. As this was our first serious exposure to a full range of cuvees from the appellation, we were eager to understand what, if any, differences in terroir would be evident in the glass. The soils are characterized by iron-rich clay and limestone, often with up to 30cm of dense limestone pebble dispersion at the surface. The resulting wines are leaner than their counterparts in neighboring Pouilly Fuisse and carry a hint of earth, yet they are quite rich in mineral, with enough fruit density to properly support the robust structural elements. Each wine is compelling and exciting to a degree that we have made a significant commitment to the domaine, and will be importing over the coming months each of the seven cuvées produced at the domaine.

The estate counts 8.6 hectares of vines across seven parcels, principally in Pouilly-Loché, with plots in Macon-Loché and Pouilly-Fuissé rounding out the holdings. No chemical products are used in the vineyard and Olivier is committed to organic processes from start to finish, though he has chosen not to pursue certification. All grapes are manually harvested before a long pressing, followed by alcoholic fermentation using only indigenous yeasts; the élévage varies by cuvée and is detailed in the specific descriptions of each of the wines.

Two parcels, with vines aged 30 and 70 years and both facing the Clos des Rocs, comprise this cuvée . The soils are more gravelly, with stones interspersed. 80% of the wine is raised in old barrels, with the balance in cuve. The wine is exceptionally lively and carries hints of spice, but all of this energy is beautifully controlled on the palate. This is the smallest production of the domaine, at around 300cs per vintage.