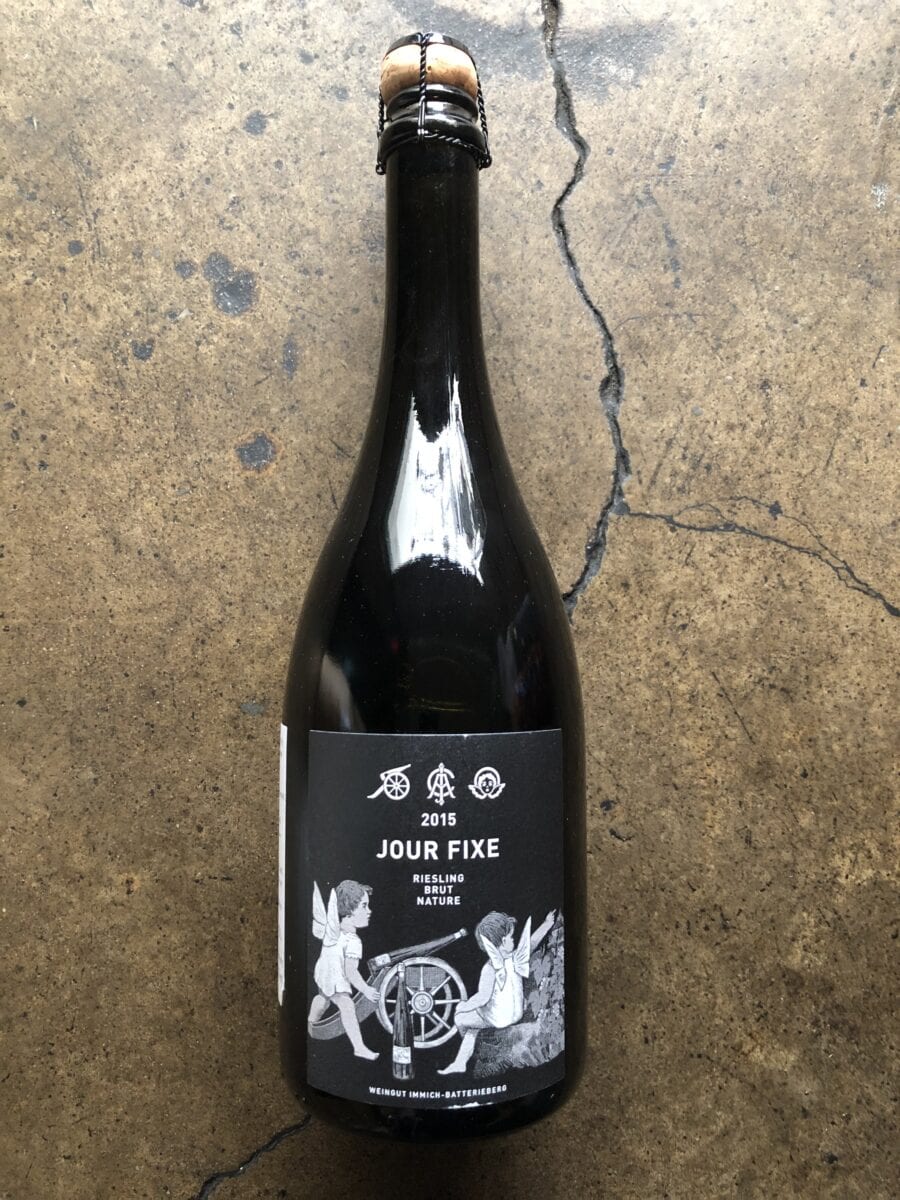 The Immich family history in the Mosel dates back to the Middle Ages, when a Prince von Esch possessed the 12th-century building. Located in the center of Enkirch, the original section of the castle, Escheburg, is named after him. The Immich family would own the estate for over 500 years (1425–1989). In the mid-19th century, Carl August Immich needed more cultivable land on which to plant vines. His holdings included the Enkirch hillside, which was less a hillside and more a steep cliff face of solid stone; using sprengbatterien (a battery of explosives filled with gunpowder) from 1841 to 1845, he reduced the site to rubble, which not only made it cultivable but also gave the vineyard its name, Batterieberg (“demolition hill”). The estate’s name refers to this site.

The estate consists of 13 ha. Holdings include 1.1 ha of the best parcels in the Batterieberg (grand cru in grey slate + quartzit), as well as parcels in the great vineyards of Ellergrub (grand cru in blue slate), Steffensberg (1er cru in red slate) and Zeppwingert (grand cru in grey slate + quartzit). All of these sites contain parcels of very old, ungrafted, pre-phylloxera vines–a genuine treasure trove of vine material almost unknown elsewhere in Germany. The Escheburg is a dry Riesling, firm and impressive, made from a blend of ungrafted vines from Steffensberg, Ellergrub and Batterieberg. It represents an astonishing value. Batterieberg is located within the larger Zeppwingert, which along with Ellergrub and Steffensberg were among the highest-ranked vineyards according to the 1897 Mosel-Weinbau-Karte, the Prussian viticultural tax map of the Mosel. Gernot’s most recent acquisition in 2014 was a small, dizzyingly steep site in neighboring Traben called the Zollturm (“toll tower”) which he uses partly for his Sekt and partly for a grand cru cuvee named for the site. The wines are all produced dry in a combination of used casks and stainless steel with full fermentations, ambient yeasts and nothing added to the wines except a low amount of sulfur. The wines are therefore natural and vegan. They are also compellingly vibrant, long-lived in the cellar, and most profoundly terroir-driven.

Immich-Batterieberg has been practicing organic viticulture for ten years and will certify for the first time in 2022.

This incredible champenoise-style sekt wine is vintage dated 2015, sourced from 3 vineyards of old, ungrafted vines:  Ellergrub (preposterously steep blue slate), Zollturm (Gernot’s newest acquisition purchased in 2014, southwest facing, partly grand cru, the rest used for the Jour Fixe), and Oberemmeler Altenberg, an almost-forgotten, steep, Saar grand cru which Gernot also uses for his C.A.I. blend).  Spontaneously fermented in barrels only. Zero dosage and NO SULFUR. The style is rich and yeasty, lush and lively, with a certain vinosity to it. The ultra-ripe 2015 vintage engendered a particularly lavish bottling.