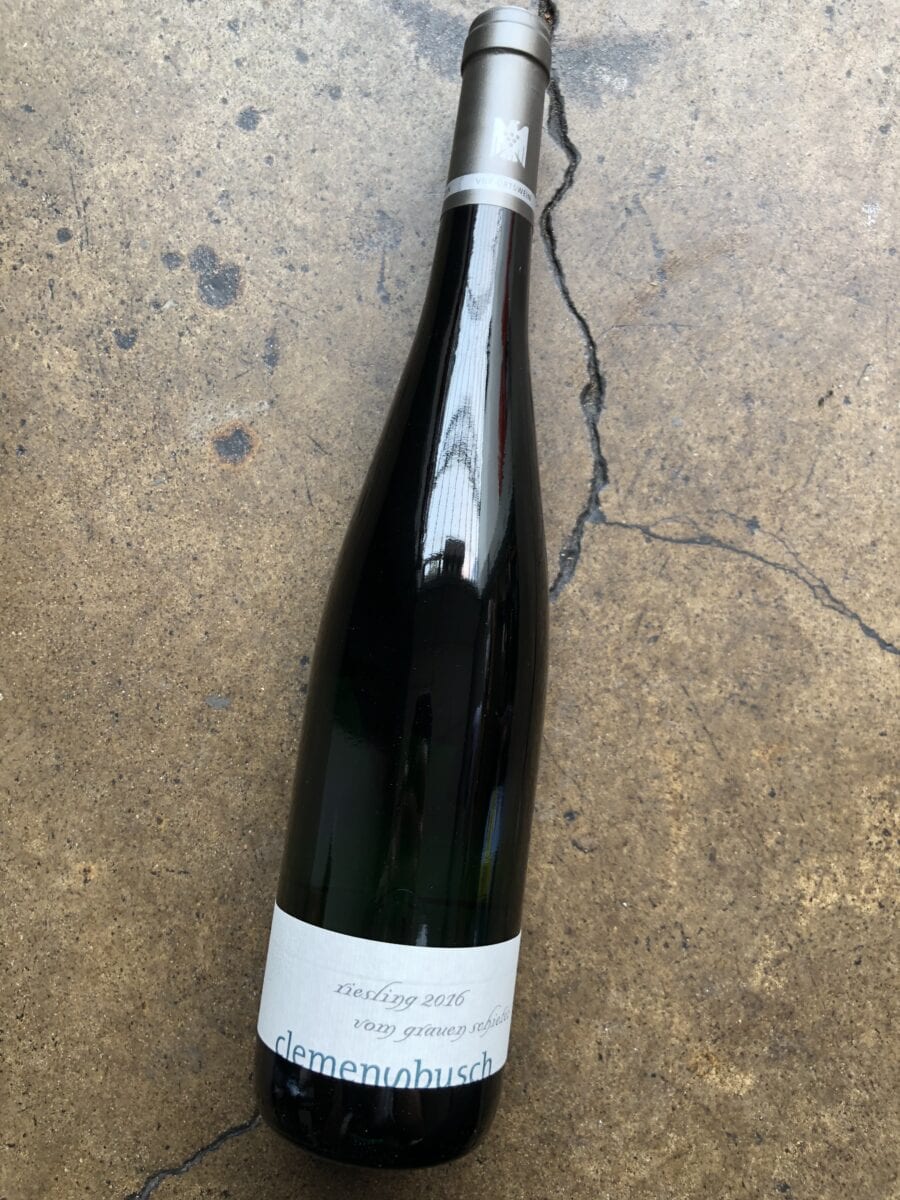 We are especially excited to be working with Clemens and Rita Busch, biodynamic practitioners in the Marienburg vineyards of Pünderich. Clemens is the fifth generation winemaker at this estate (all the previous ones were also named Clemens; ever the iconoclast, he named his son Florian) and he began using organic practices in 1984, more recently transitioning to biodynamics, for which he has become a role model and beacon of change among German winemakers.

Location is crucial to mention here. Pünderich lies essentially at the dividing line between the Middle and Lower Mosel, the wilder and more remote northern section of the Mosel river system. The geology here is unique, based on a volcanic formation hundreds of millions of years old, manifested in a long, undulating cliff face that is nothing short of epic. The three main colors of slate (blue, red and grey) are all found here, dominating different parcels along the slopes across the river from the village. In spite of multiple slate profiles and expositions varying throughout the area, the German government in 1971, in a bureaucratic decision of breathtaking short-sightedness, lumped all these parcels together under one vineyard name, the Marienburg. Furthermore, they expanded what was a 23-hectare geographically coherent site into a 90-hectare politically drawn one, which even includes a series of flat sites on the opposite side of the river! Clemens has devoted his career to rectifying this mistake, identifying the different terroirs of the original hillside on his labels by their historical names: Fahrlay, Falkenlay, Rothenpfad, Felsterrasse, and Raffes. He further delineates his wines by their soil type, using an ingenious method: the color of the capsule on the bottles indicates the type of slate (blue, gray or red) that dominates the source from which each wine comes.

Most of the wines at the Busch estate are vinified dry, and they are rich, complex and often powerful. They age very beautifully, gaining in complexity and texture. However, the sweet and noble sweet wines from the estate are also impressive, ranking among the finest wines made anywhere on the Mosel.

It is important to note there are not a lot of committed “natural” winemakers in Germany in the sense that we know it from France and elsewhere; Busch is considered by many to be THE master interpreter of that philosophy in Germany. In numerous ways, these are some of the most iconoclastic wines we have ever tasted. 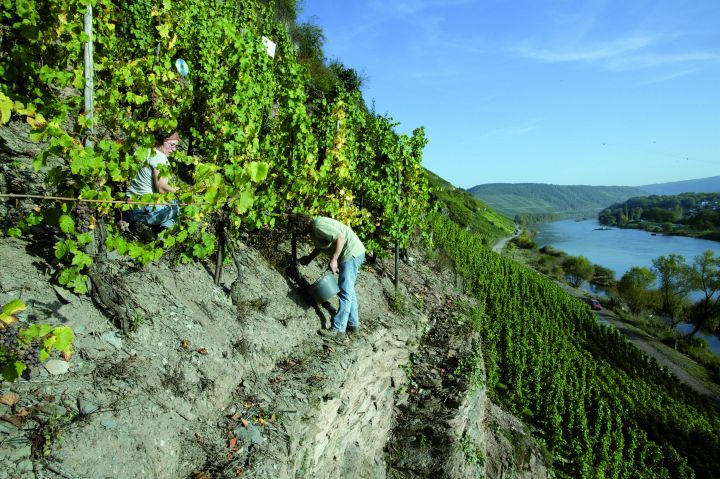