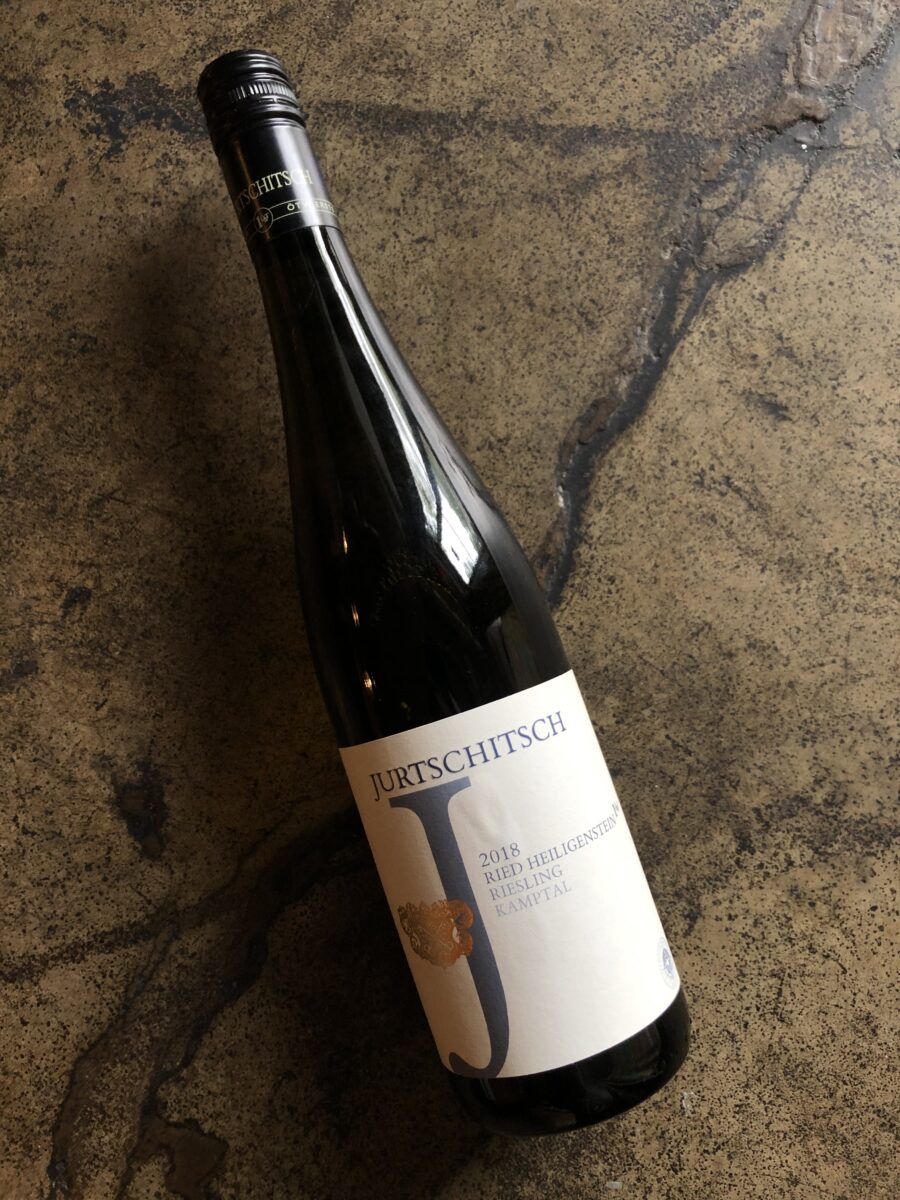 Alwin tells a story about tasting his father’s favorite bottle he ever made- a Riesling from 1969- and upon hearing how it was made, naturally- no temperature control, spontaneous fermentation, no intervention- he knew he was on the right path. He’d traveled, studied, learned all he could, ultimately believing, “it’s not about technique- it’s about personality, it’s about feeling.” He stresses learning to be a good farmer, relaxing in the cellar, to see “the silent voice of terroir in the wines.”’

Heiligenstein, the most famous vineyard in the Kamptal, is legendary for Riesling. The terraced south and southwest facing slope has a unique geological history and it’s unusual that soil this old is at the surface of the earth. The outcropping bedrock consists of a reddish-brown sandstone with a high feldspar content, coarse conglomerates, and minor siltstone. These sediments formed approximately 250-280 million years ago under arid conditions, in lakes, ponds, and ephemeral rivers. The rocks contain fossilized plants and gravel with clasts of volcanic rhyolite. Loess is only preserved in a few locations, within shallow depressions. Grapes that have achieved perfect ripeness and are botrytis-free are selected by hand and brought to the winery in small crates. The grapes are gently pressed and macerated cold for a few hours before being fermented spontaneously and then matured on the fine lees in 2000 liter wooden casks. Vines are 27 – 62 years-old and are planted between 300 – 340 meters above sea-level.