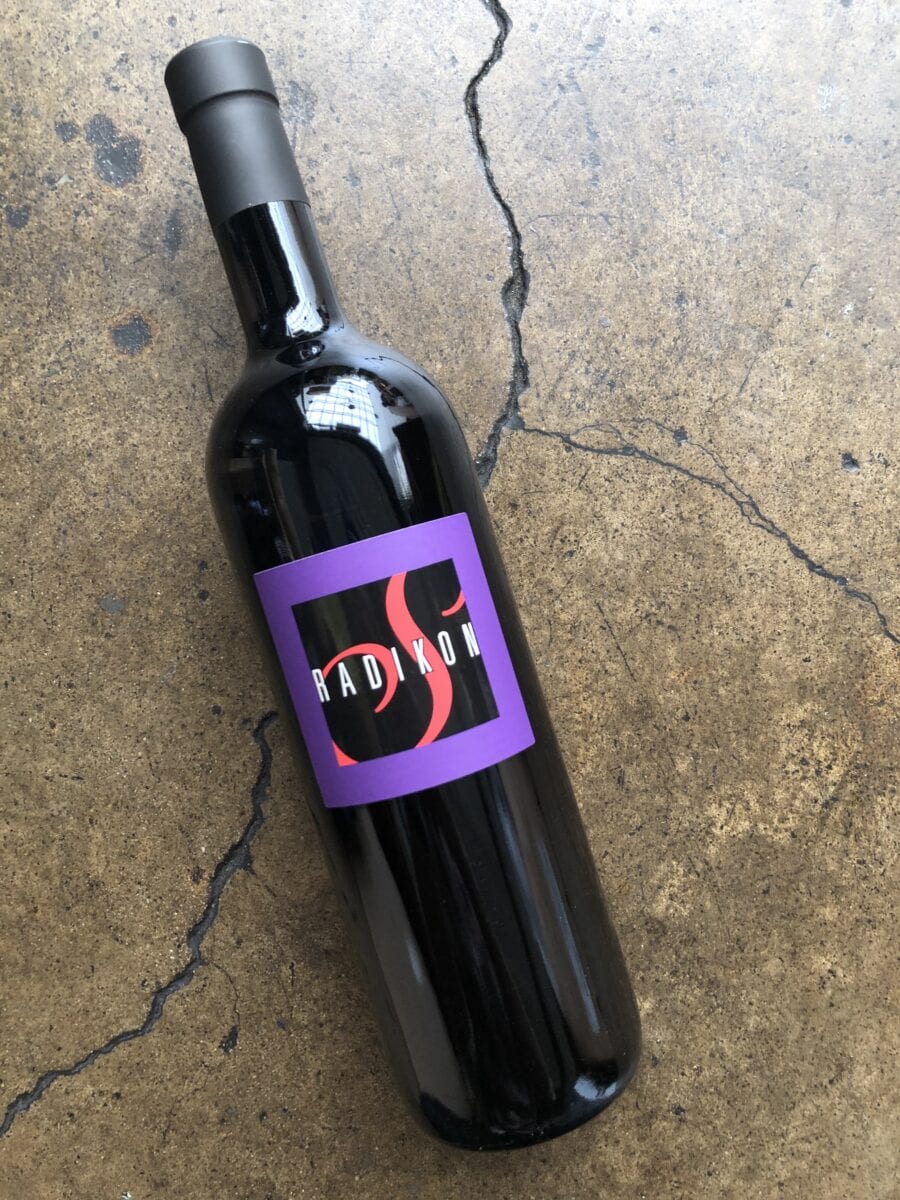 75% Merlot/25% Pignolo. The vines are planted on ponca, a compressed, flaky clay of marl and sandstone that is typical in this part of Friuli. They grow on a south-facing slope right by the winery; average around 30 years old; yield about 45 hl/ha; and are farmed organically and harvested by hand like all Radikon vineyards. The grapes are destemmed and spontaneously co-fermented in 25-hectoliter oak vats without the addition of yeasts, sulfur or temperature control. Maceration is about two weeks with punchdowns 3-4 times per day initially. The wine is aged in vat for two years and bottled without fining or filtering. “RS” or “Rosso Sasa” debuted in 2014, was made again in 2017 and once more in 2018; it is part of the 750-ml “S-line”, the “S” being for its creator, Sasa Radikon.