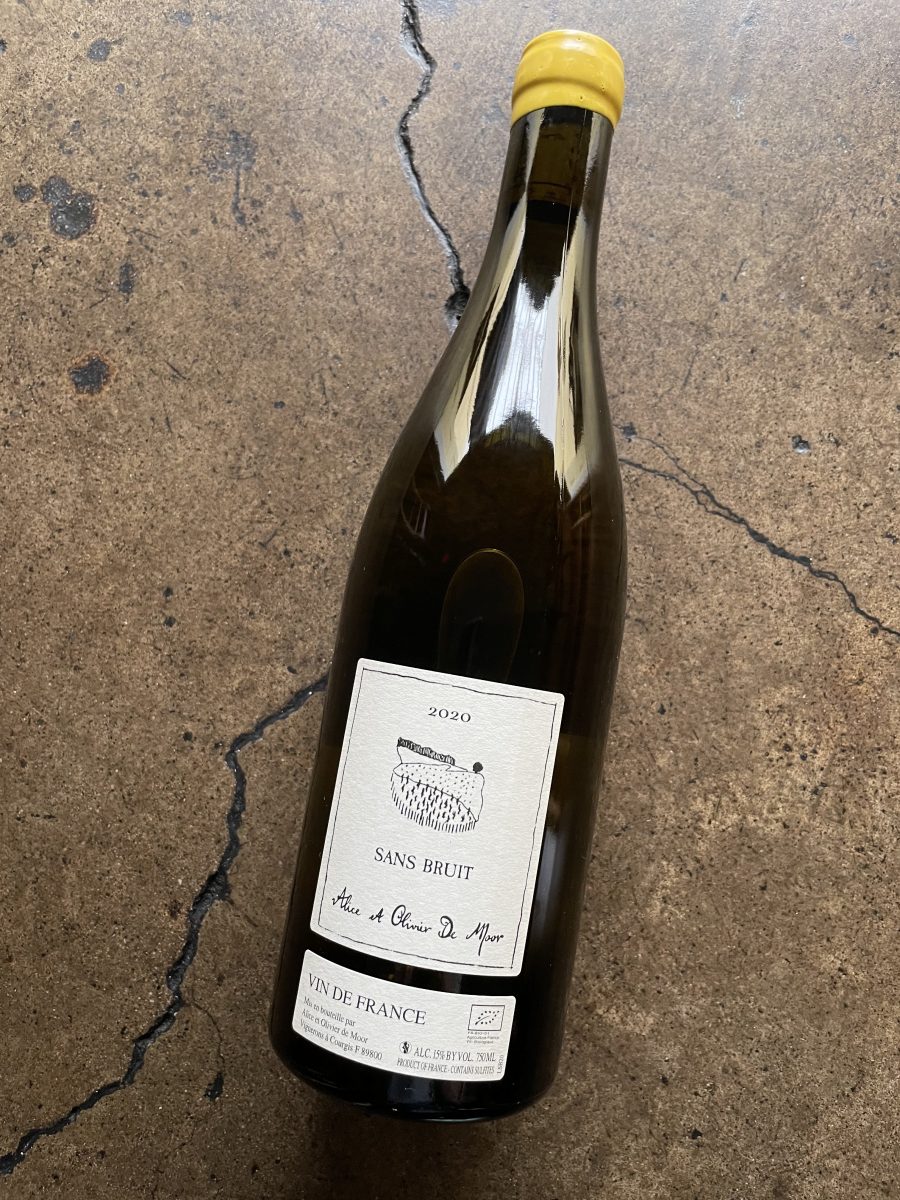 St-Bris is a tiny appellation (100H), and the only one in Burgundy that allows Sauvignon Blanc as its main white variety. With the 2016 vintage, the De Moors have chosen to declassify the wine to Vin de France and call it Sans Bruit (“without sound”). The label looks exactly the same and we’re guessing the new name was chosen because it sounds exactly the same when spoken quickly.

The Sauvignon Blanc plot has a north-west exposure, which lets it ripen slowly and get to optimal aromatic expression. This vineyard originally had 30% of its vines missing, and replacements were planted over 8 years with local massale selections of Sauvignon Gris from the Loire valley. This vineyard is also home to the old vine Aligoté that produces the 1902 cuvée.