The region is actually quite cool and dry; harvests usually start in mid-october, probably the latest in all of Italy. This is due to San Martino’s vineyards being between 500 and 600 meters above sea level and the constant dry winds coming from the Tyrrhenian Sea. In such, working organically is very easy as the steady, cold winds keep illness at a minimum. San Martino has been certified organic since its inception in 2008, and Lorenzo feels is not too challenging: he only treats three or four times a year in a four month period from April to July. The soils are a diverse, ever alternating mix of lava, ash, sand and river stones. Most of the vines are between 20 and 40 years old, with 1.5 hectares over 80.

100% Aglianico (as required by the DOCG). San Martino’s six hectares of well-aged vines comprise multiple parcels scattered about at the high altitudes (500-600 meters) and on the varied volcanic soils typical of the Vulture DOCG in northern Basilicata. The Siir bottling generally contains the fruit of the “younger” (30-40 years old generally) vines, which are farmed organically, like all of San Martino’s holdings. The manual harvest here is later than in most of Italy, thanks to the surprisingly continental nature of the climate; ripeness is easily achieved but not extreme, the yields low, and the fruit healthy due to the prevailing cold, dry winds and high vine age.

In the cellar, San Martino’s many micro-parcels are vinified separately. The bunches are carefully sorted and destemmed. Fermentation occurs spontaneously with indigenous yeasts, in steel tank with a small amount of sulfur. Maceration is 7-10 days with occasional pump-overs to oxygenate this tannic red.  There is no effort to extract extra anything from this naturally structured, deeply colored wine–to the contrary, the point is to bring out Aglianico’s inherent aromatic and elegant nature.The different parcels are blended after a year of aging and further aged in tonneau and then bottle, the mix and the length of time depending on the vintage, the introductory-level Siir for the shortest time of the three wines. It  is bottled with a small amount of sulfur and without fining or filtering. “Siir” means “father” or “owner” in the local Albanian-influenced dialect (suggestive of the English “sire”). 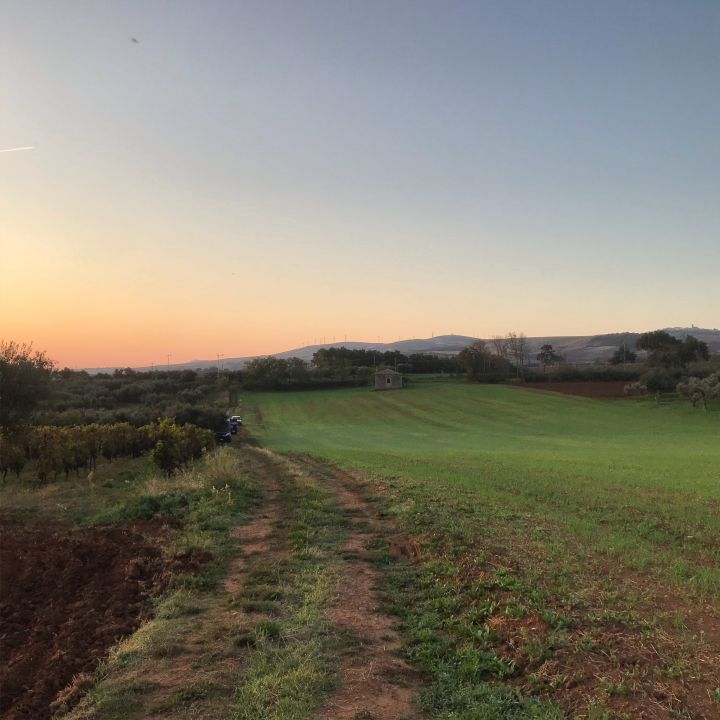