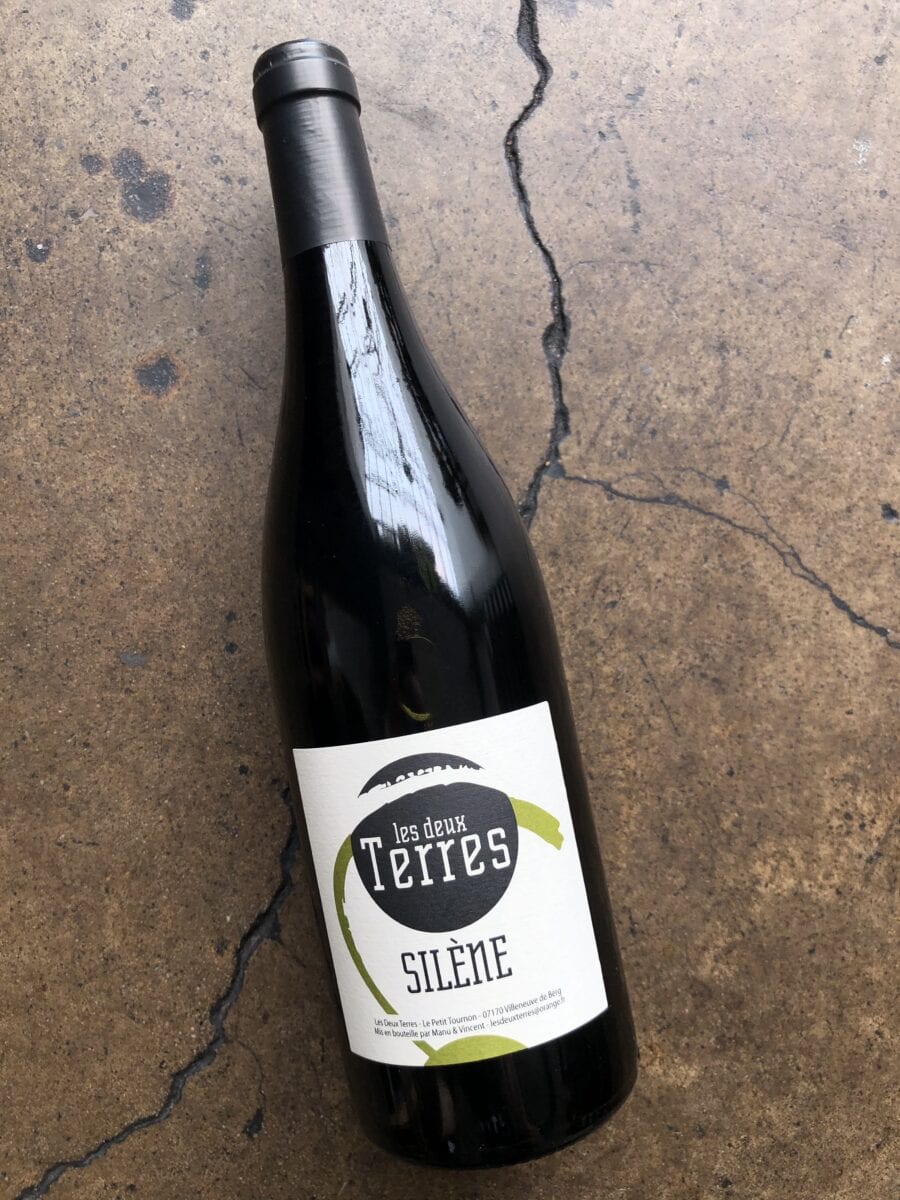 Les Deux Terres means “two lands or two soils” and represents the unification of Vincent Fargier and Manu Cunin’s vineyards with the purpose to produce wine under one label, instead of selling their grapes to the local co-op. The winery is located in Villeneuve de Berg, a tiny village in the heart of Ardeche. Inspired by their natural winemaker neighbors like Le Mazel, Calek, and Azzoni, Les Deux Terres makes wine with very low interventions and maximum respect for the fruit. Les Deux Terres is a 13-hectare domaine (part ownership, part rented).

Vincent and Manu first met each other in 1997 at the Agriculture School of Aubenas. Vincent, growing up with family vineyards, was managing the school’s cellar. Manu was there to learn. Fast friends, Manu and Vincent found jobs working together at Domaine Vallon des Glauges in Provence. After four years, both left to work for other domaines, Vincent at Domaine de Triennes and Manu at Domaine du Deffends. The two domaines shared a winery, thus they remained close friends and spoke of starting a domaine of their own.

The catalyst for the creation of Les Deux Terres was Vincent’s father’s retirement in 2009 (his father sold grapes to the local co-op). Vincent took over the vineyard parcels on clay-limestone soil and was now able to bottle wine instead of selling the grapes. At this same time, Manu was renting parcels on basalt soil, which luck would have it, the grower who owned this land was also retiring (grapes from these vineyards had been sold to the local co-op as well). That’s when the concept of “Deux Terres” came to life, one with basalt and the other with clay-limestone.