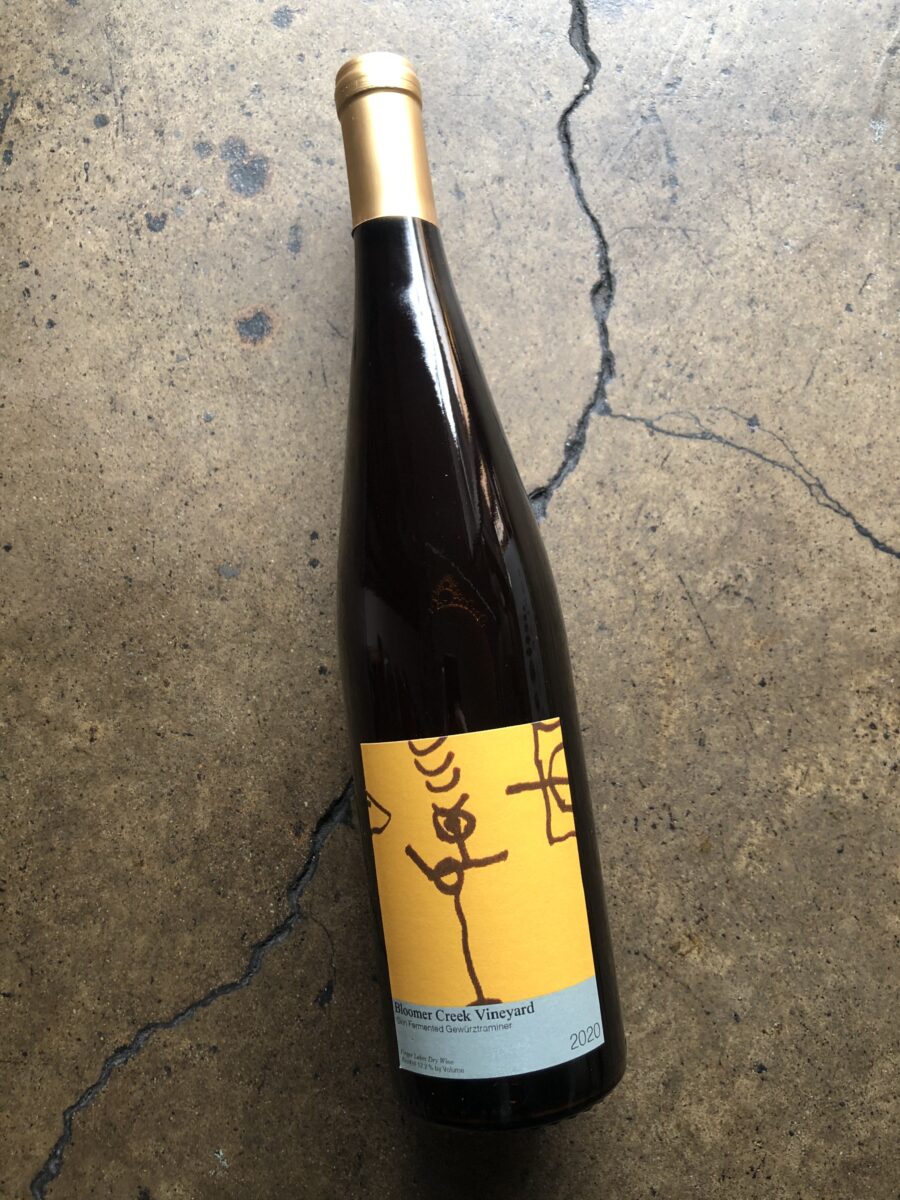 Bloomer Creek has two parcels of Gewürztraminer – Morehouse Road Vineyard with vines that are 26 years old and Auten Vineyard with 7-year-old vines. At harvest, we do two passes. The first occurs early in the season and the grapes are picked for acidity. The second pass comes later when the grapes are riper. Both batches, the earlier picked and the later picked, spend time fermenting on the skins. We have no set recipe as our eventual blend depends on the unique characteristics of every vintage. We spontaneously ferment on the skins generally for eleven days and three weeks. Blended together, these fermentations offer a juicy core supported by earthy, dried citrus peel and tannin. The 2020 Skin Fermented Gewürztraminer features a new label incorporating a fragment of a field diagram drawn by vigneron Kim Engle. Unfined and unfiltered, with minimal S02 only at bottling.