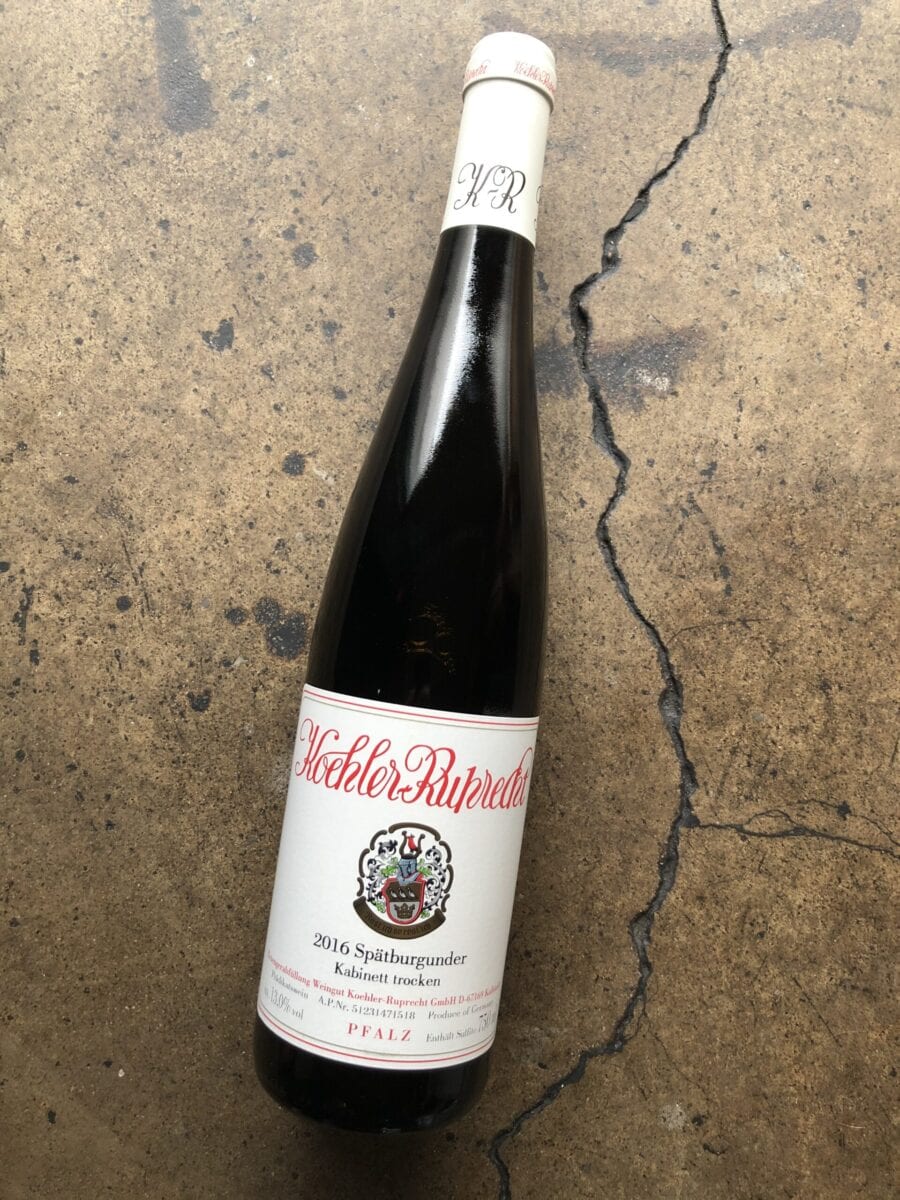 The grapes were handpicked, destemmed and fermented in stainless steel; pressed after 4-6 weeks and aged for two years in one new Doppelstück (2400L) and some old Halbstück (600L) barrels.