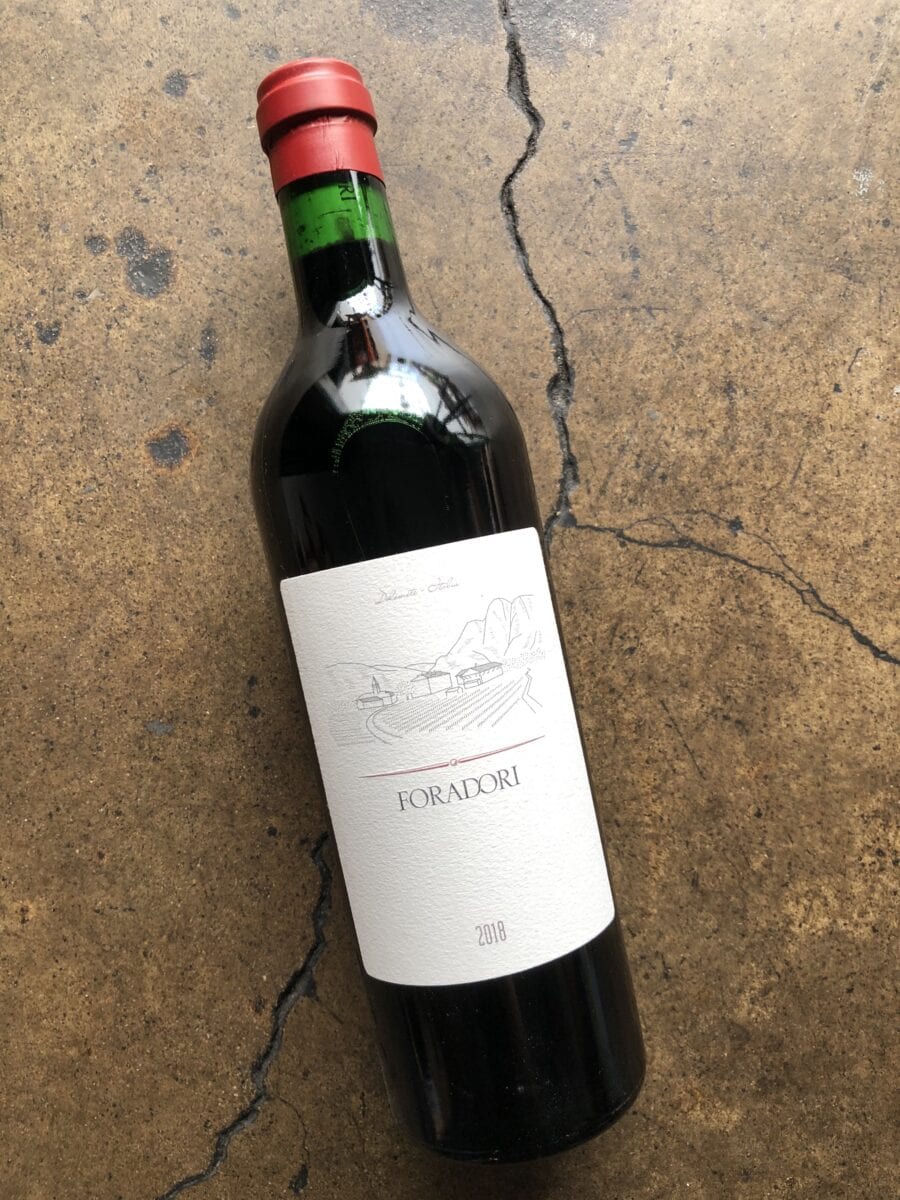 100% Teroldego. This is the core red of Foradori: the first and only one to be bottled back in 1960 and still the largest production, from 10 hectares of vines planted from 1956 to 2005 on the flat, sunny, well-drained Camp Rotaliano plateau on sandy, Dolomitic limestone soils. Some of the vines are still pergola-trained, while newer plantings are on wires in the Guyot style; the farming is certified-biodynamic (as for all of their vineyards). The fruit is harvested by hand, destemmed with some whole clusters left intact (varies by vintage) and fermented spontaneously with indigenous yeasts and with no sulfur (until racking and bottling). Aging takes place in cement tanks and used foudres of 20-40 hectoliters for about a year.