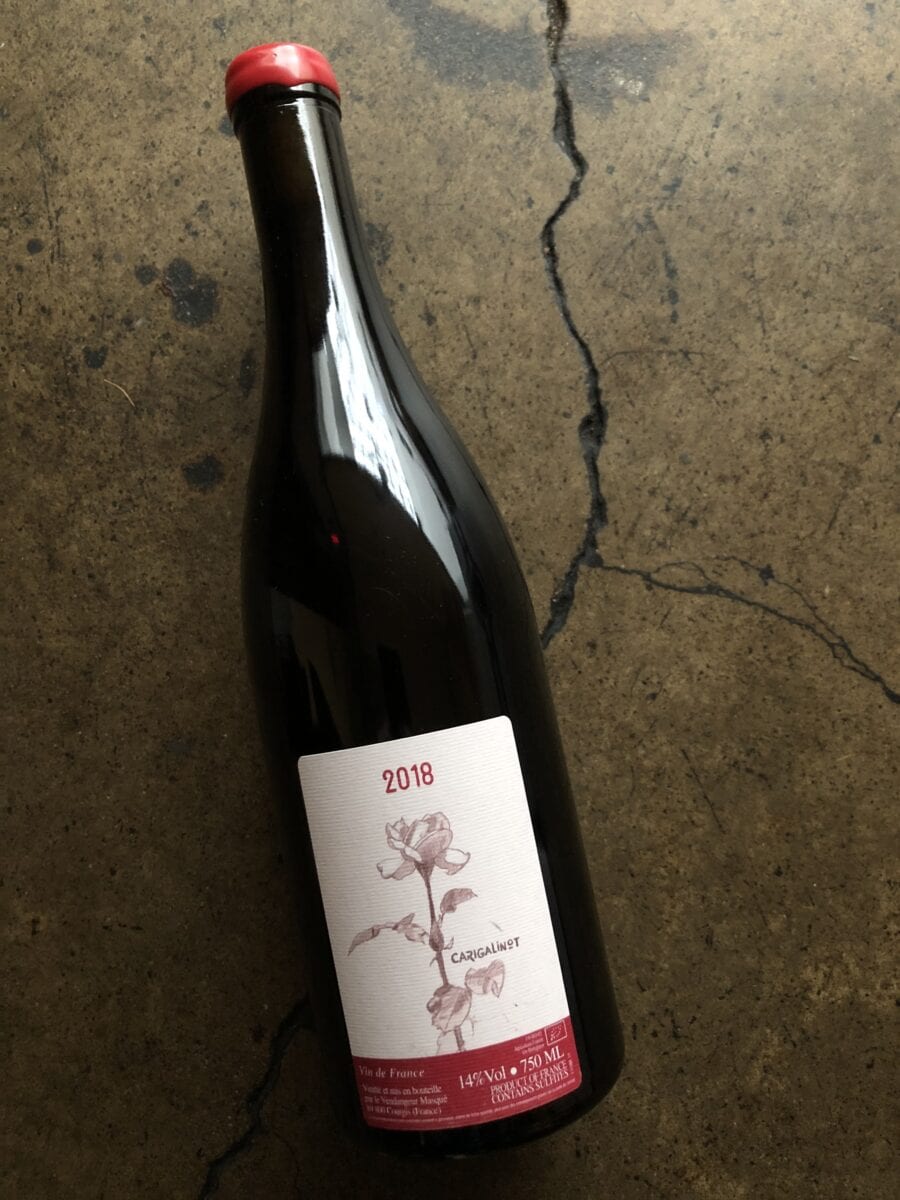 Carignan/Pinot Noir/Aligoté. Vendangeur Masqué or “masked harvester” is the label for De Moor wines made from sourced fruit. Alice and Olivier make the wines in their home cellar in Courgis. The make-up of the rouge changes from year to year but tends to be a very pale, light style. In 2018, the Carignan came from the Ardèche and the Pinot Noir from Alsace; the grapes were fermented carbonically in whole bunches. The Aligoté addition came from De Moor vines and was used to add freshness to the red juice from this very warm vintage. Bottled unfined and unfiltered in September 2019. The name “Carigalinot” is a mash-up of the three varieties in the bottle.