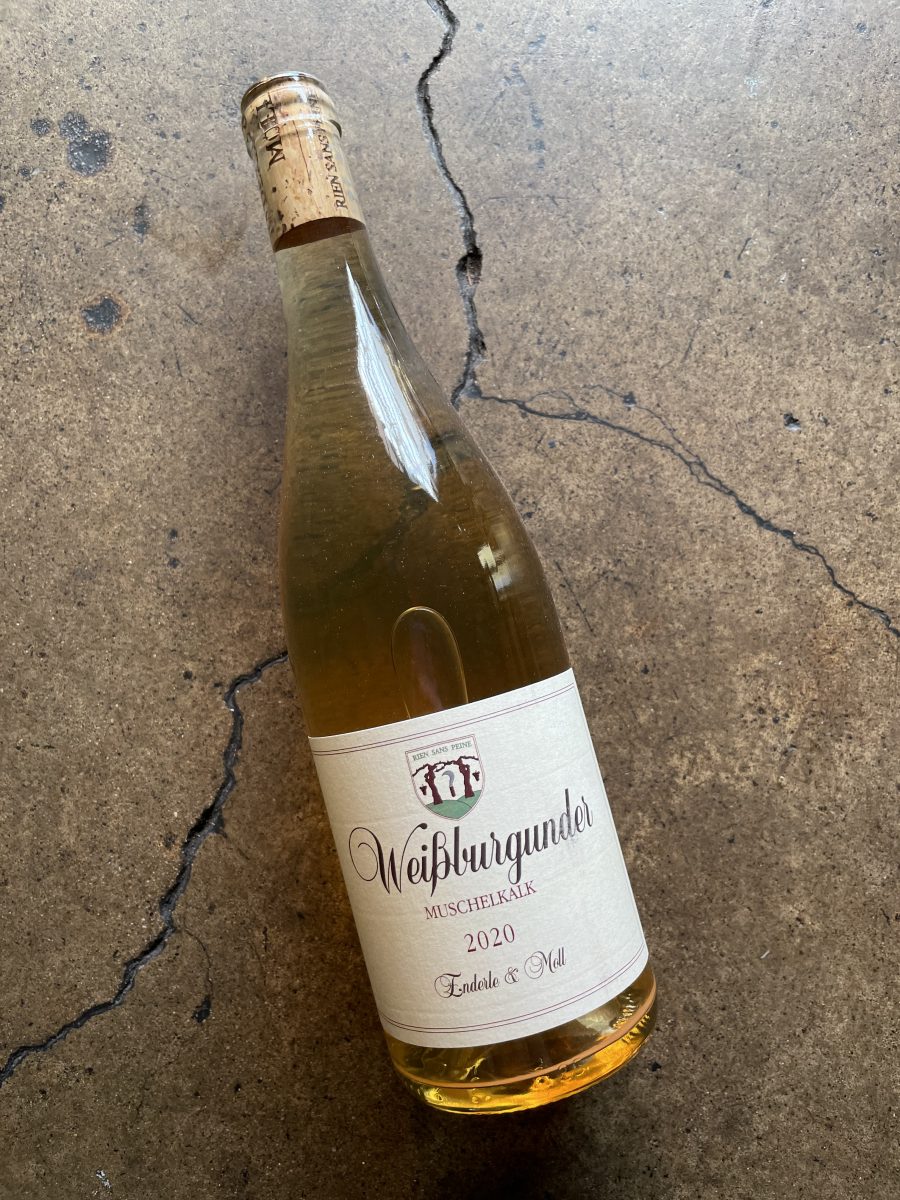 From 60 year-old Weißburgunder vines planted on limestone near their parcel of old Pinot Noir vines. 4 days of maceration on the skins, then pressed and moved into a combo of neutral barrel and stainless steel with 25% of the skins. Matures on the lees (and skins!) for 10 months before a light filtration, blending and a small addition of sulfur at bottling.