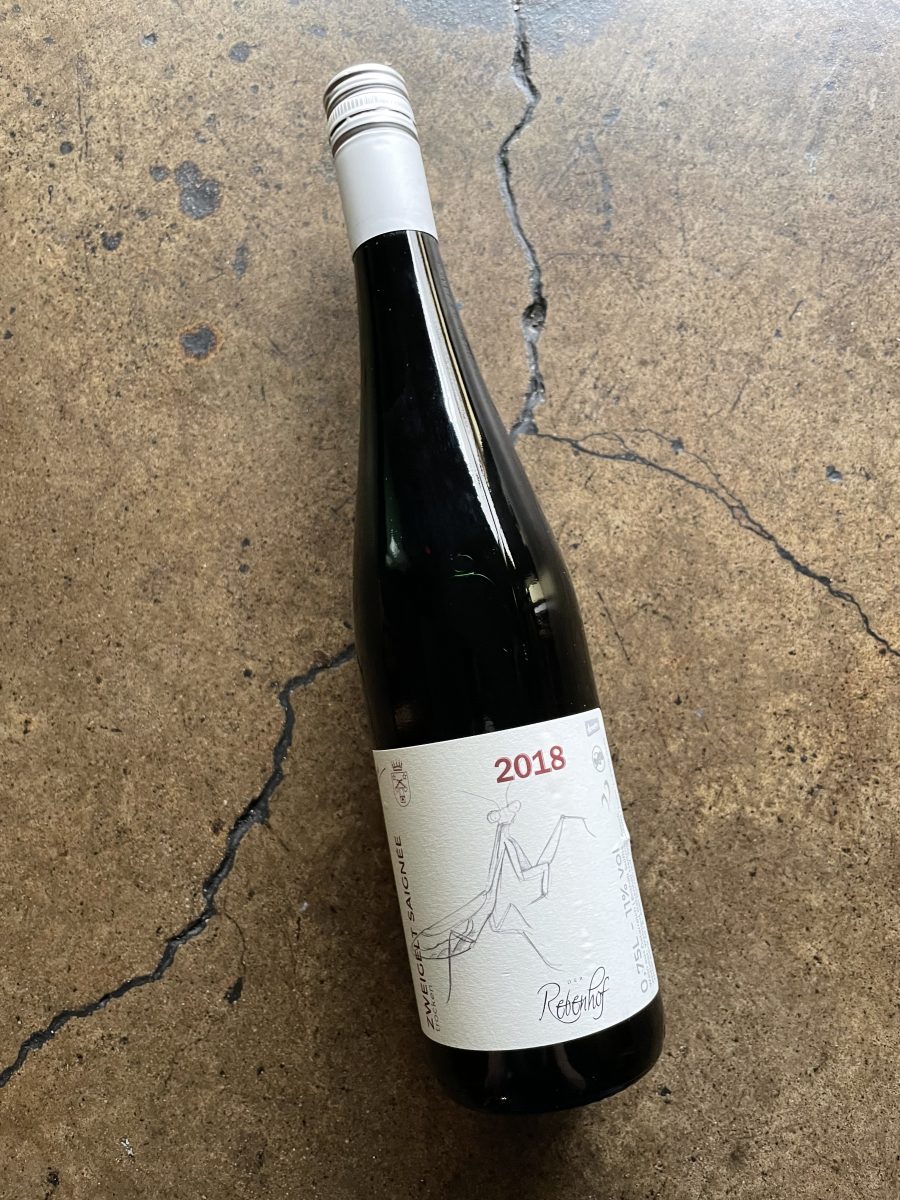 Rebenhof’s 9.5 hectares lie along Austria’s southern border with Slovenia, in a growing area called Süd Steiermark; it’s Austria’s southern most wine growing region, where a gleam of mediterranean sun mixes with a continental climate. Owner Harmut Aubell inherited his family winery, but his vision as a biodynamic farmer and cellar master is all his own. He works primarily with old vines on two alkaline soil vineyards. The Witscheiner Herrenberg vineyard is composed of layers of sand, gravel, and silt; whereas, the Ratscher Nussberg is grey marl that’s locally called Opok (same as the Ponca found in Collio / Brda). Everyone calls Hartmut by his nickname Harti, and they know him as a bit cagey, yet deeply sensitive. Strangely, for a producer of his ilk, Harti doesn’t talk much about soils, grape varieties, or vintages, even though it’s obvious these soils makes fine wines, and you could easily identify the varieties in his non-blended wines.

Harti told us as we were walking to the cellar: We don’t add or take away anything from the wines. We experiment. And that’s the rub with Rebenhof wines in general, and something he learned while sojourning for a year with the late Didier Dagueneau in the Loire. Rebenhof’s cellar is a canvas for almost an obsessive experimentation to produce intensely emotional wines, which themselves are a dasein mirror of place and feeling where these wines come from, but also of a place and feeling beyond the fine wine and the international natural wine taste.

Emotional wines don’t mean extreme wines here. Rebenhof’s wines have no obvious angles, no forced contrast; no pushed polyphenolics; nothing to do with chiseled fruit – or ‘characterful’ funk. And, frankly, that’s kinda refreshing. Instead, there’s a creamy nimble softness to their continental acidity; a gossamer texture; an entrancing warp and weft.

With many experiments come many wines. There are sporadic releases of different aged vintages, and they are available when the wines taste good, Harti says. On average, he works with 4-6 stages of aging, where he employs a dizzying array of different vessels and sizes for a single bottled wine. All elevage vessels are custom made, from hermetically sealed Austrian milk tins to custom Stockinger fuder with staves of various thicknesses. We’ll try to keep up on the tech notes, but be forewarned: N/A will be our shorthand for a cellar master who holds his cards close to his chest.

Experiments and emotional wines could seem to be a waste of great terroir, a wily-nilly approach to making cool wines. That’s not the case here. Drill down on descriptors, zoom in and zoom out from his pop-culture and traditional labels to the alkaline soils to your heart’s content. His lithe whites, earthy light reds, orange wines 12 months on the skins, even his humble Welsh Riesling that comes in the coolest bottle ever, the ‘Doppler’ 2 Liter, all of them hold emotions to be had: simple and grand, quirky and playful, serious and silent. 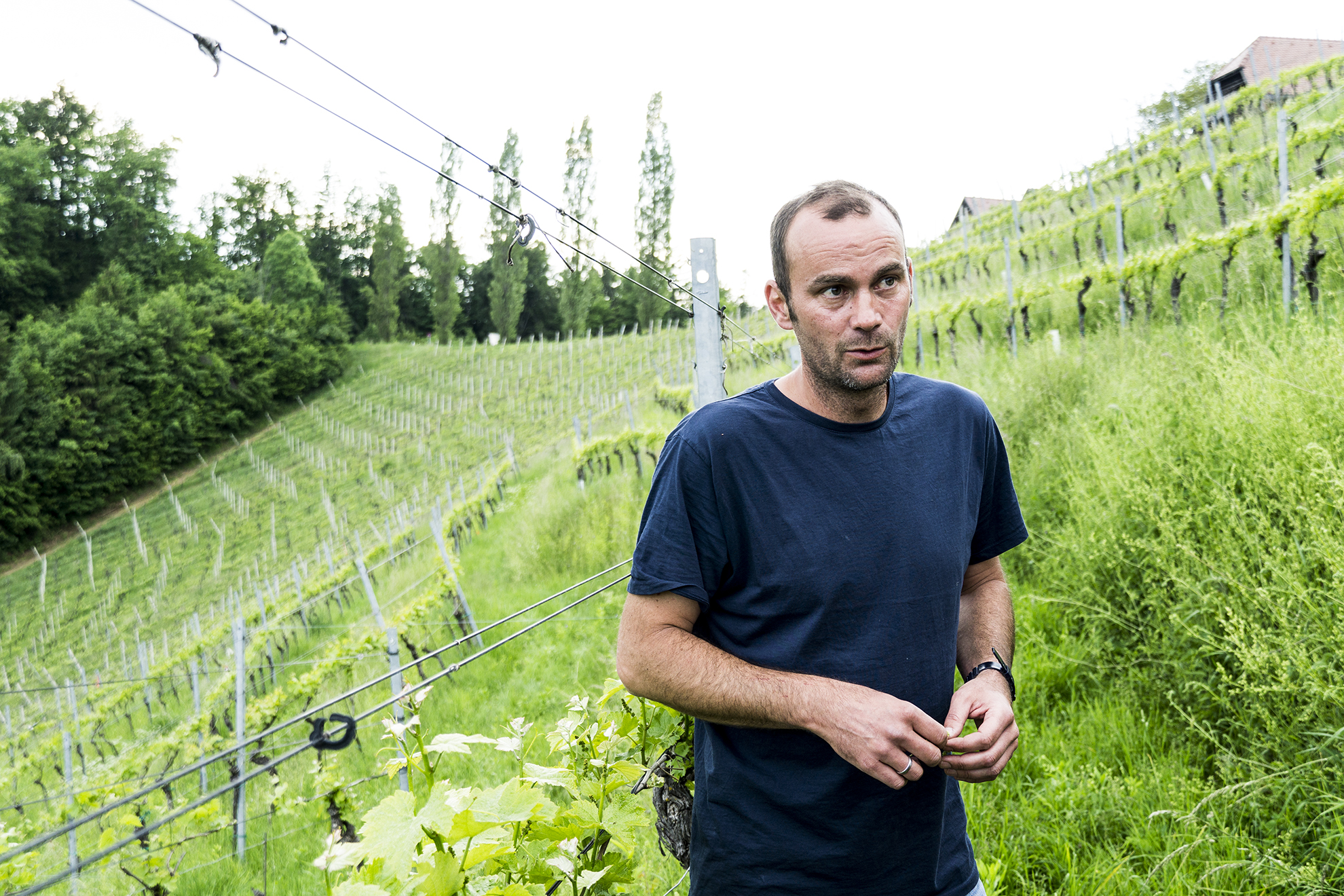